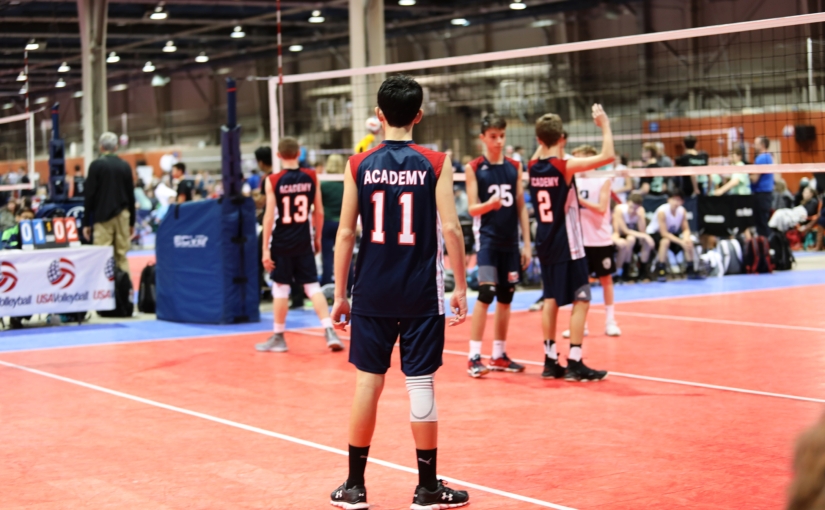 This weekend, Christian and his team had their first 3 day volleyball tournament.  I have to be honest.  Last September, I thought there was no way that he would play for a travel team this year.  First off, he’s young and the time and financial investment was pretty solid.  But he told us he wanted to get better at volleyball and made promises to show his commitment and I have to say I am thrilled with what he’s gained so far this year.

His growing passion for volleyball has solidified and he has truly come quite far.

We really value and appreciate his Club and the time and energy that they invest in their players.  Christian’s learned a lot from his coaches through his weekly practices and at the tournament this weekend he continued to gain instruction and learn and grow.

Jeremy and I decided a bit last minute to drive out to see him play on Friday and Saturday.  Originally we had sent him for the weekend with good friends who were willing to let him ride with them (that is a huge benefit to him playing with his team this year… amazing other families to carpool with).  But Jeremy was able to get Friday off from work and so we packed up Ellee and drove out.  And I am so glad that we did.

We got to see his team play six matches.  Some were pretty close.

And the losses naturally brought on some disappointment. 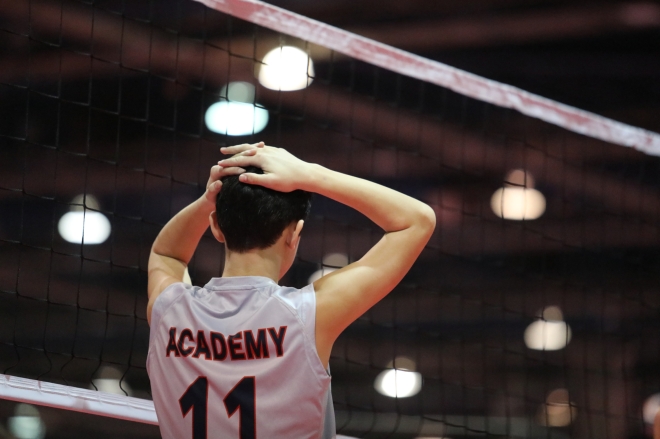 But overall, we couldn’t have been prouder of how hard the boys played.

They came together in a lot of ways and grew stronger as a team.

And we were especially proud of Christian and how focused and hard he played.  He is the setter for his team, but also did a great job strengthening a few other areas as well.

The boys played hard both yesterday and today.  In their last set today, they came within four points of making the Gold Bracket for the playoffs.

But they ended up being a strong contender for the Silver Bracket where they will play tomorrow.  As I mentioned before, the team did an incredible job and we cannot wait to hear how they do.  Sadly we are home now and will have to rely on friends to keep us posted as to how the matches go.  But overall, I’m so incredibly thankful that we had the opportunity to support our son and his team and we wish them all the best as they finish up tomorrow.