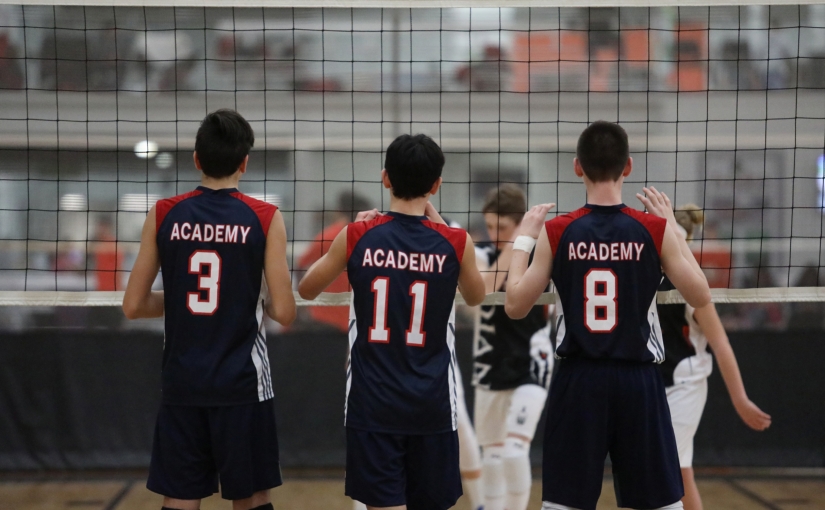 This weekend, we packed up our bags and drove west to Pennsylvania for Christian’s first volleyball tournament of the season.  If I’m being honest, I never thought we’d be involved in travel sports so soon.  For years, we’d seen other families traveling around the country for volleyball and I always wondered how they did it.  But I have to say, after seeing our son play with his team this weekend, I totally get it.

Christian has learned and grown so much with his team already.  We’ve been able to see him focus in and work whole-heartedly while gaining knowledge and skill and it’s something that we are thrilled with as his parents.

Another one of the huge benefits of this team has seeing him play with some of his closest friends.

They all came together strong as a team this weekend and it was pretty fun to watch.

Christian played well.  He is the setter for his team, and (I’d say) he did really well at his first tournament.

The boys played multiple sets against four other teams all throughout the day.

They were three and three going into their fourth game.  As a mom, I was so nervous for them.  But they won the final two games and then all of the games heading into the championship and they ended up coming in first for the entire tournament.  We could not have been prouder seeing their hard work pay off.

There is a great joy that comes in seeing your child do something they love.  We are so thankful for the opportunities that Christian’s had this year with his team and look forward to continuing to cheer him and his teammates on.  Congratulations to all of the boys who played and worked hard at their very first tournament this weekend!

One thought on “First Tournament”