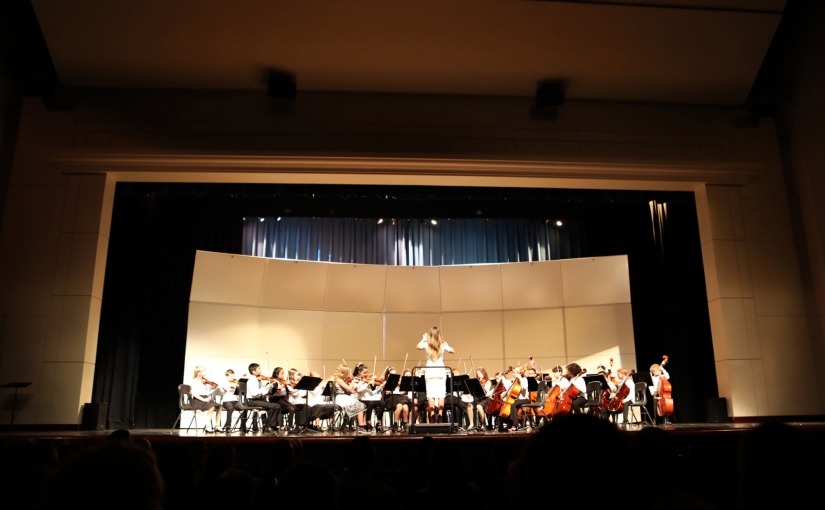 Tonight, we gathered up our family and a few friends for Ellee’s first Winter Concert. 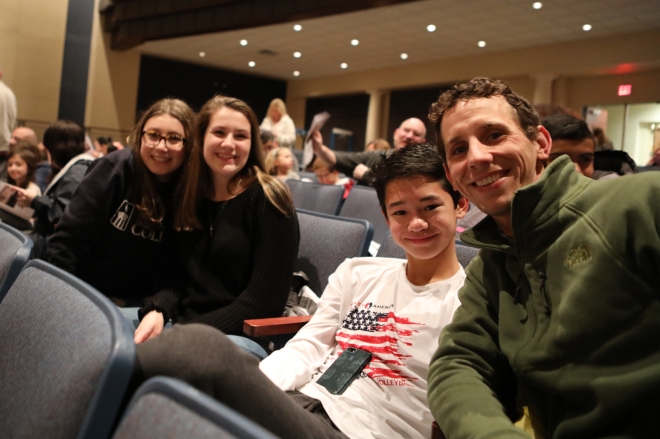 She had been talking about it for weeks now.  Because she was nervous, but excited.  And then we had to find the perfect combo of white top and black skirt.  And if you’re wondering about her shoes (which you can’t see as well here but I felt I should still explain), they were a promise fulfilled that was made at the beginning of the year.  In September, she talked with us about how violin was hard and she wasn’t sure she wanted to do it this year.  But we strongly encouraged her to stick with it and somehow the promise of new shoes for her winter concert helped encourage her as well. 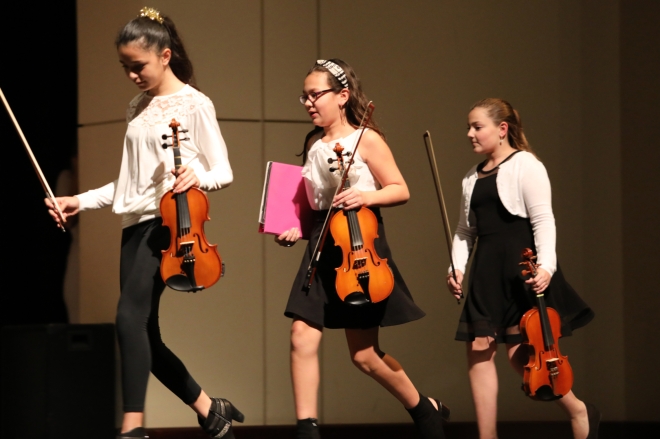 I wondered when she made this face because I couldn’t tell why she looked so alarmed and confused.  Later she told me it was because she didn’t see where the American flag was and wasn’t sure what to do during the pledge.  Thankfully right after this picture, she spotted it in the corner and all was well again. 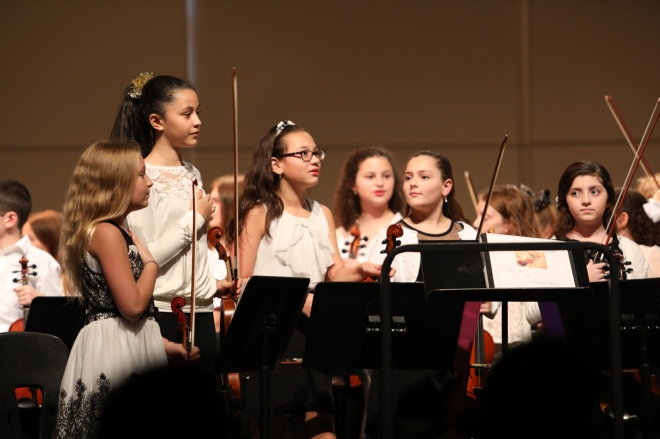 I’d be remiss not to tell you that Ms. Sico, Ellee’s orchestra teacher is absolutely golden.  She’s a huge reason for why Ellee has continued to learn and grow so much as a violinist.  We are very thankful for her and for her amazing passion for music. 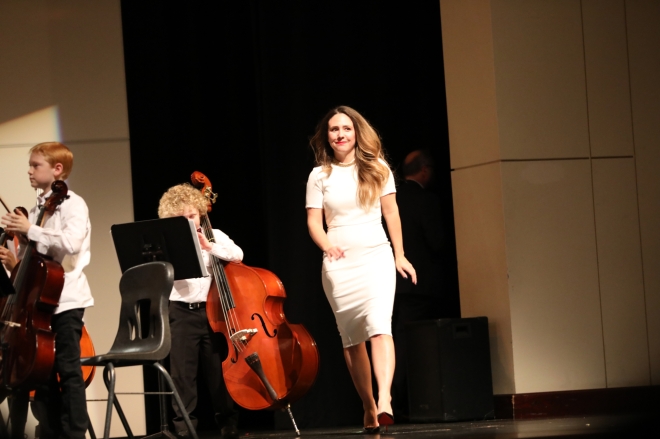 Back to the concert.  It was spectacular.  The pros were that when the kids started to play, I teared up with pride knowing how much work they all put in to making this night a great success.  The con was that Ellee’s face was mostly positioned behind that music stand so I could not get a clear picture of her. 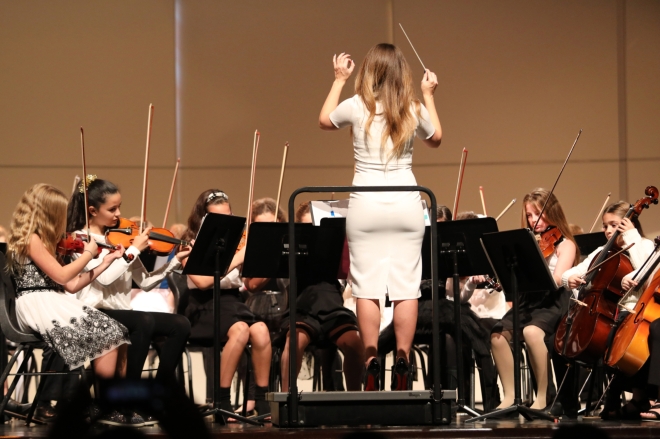 But it happens.  I was mostly just delighted as I watched her confidently push and pull her bow so gracefully across her violin strings.  The 5th Grade Orchestra played three wonderful songs and we are so incredibly proud of how well they all did. 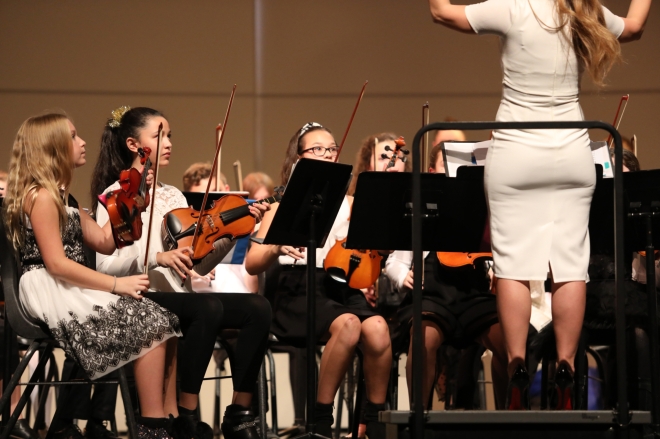 And when it was over, she confidently marched across the stage, in her fancy orchestra shoes (which for the record were much more tame than some of the options she had wanted).  She is a stylish girl who loves fancy shoes and I have to say they were worth every penny. 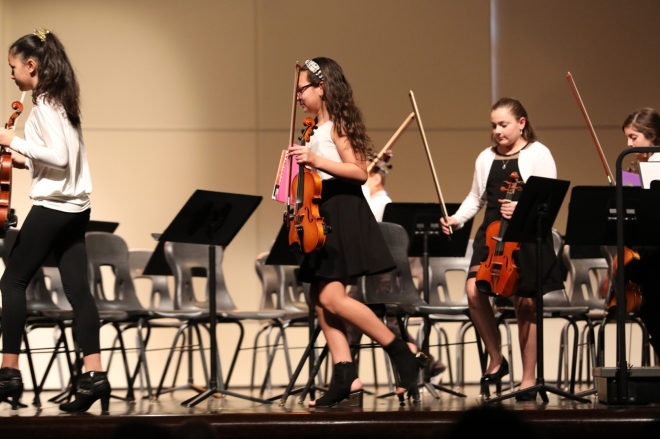 We quietly headed out in between set changes.  Kudos to the stage crew for making everything perfect for the orchestras, bands and choirs that performed this evening. 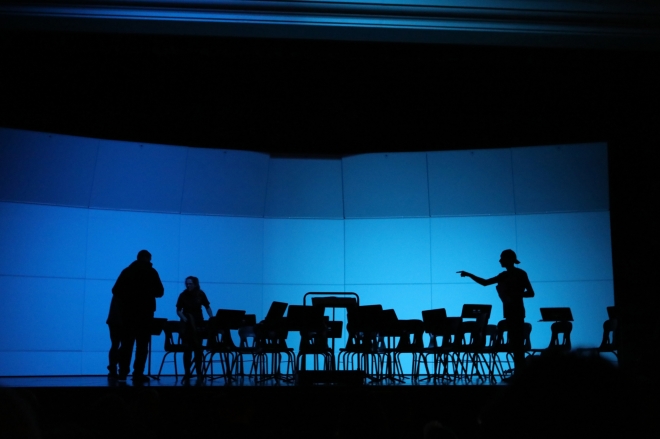 A huge congratulations to Ellee and all of the wonderful kids that performed in the Winter Concert tonight! 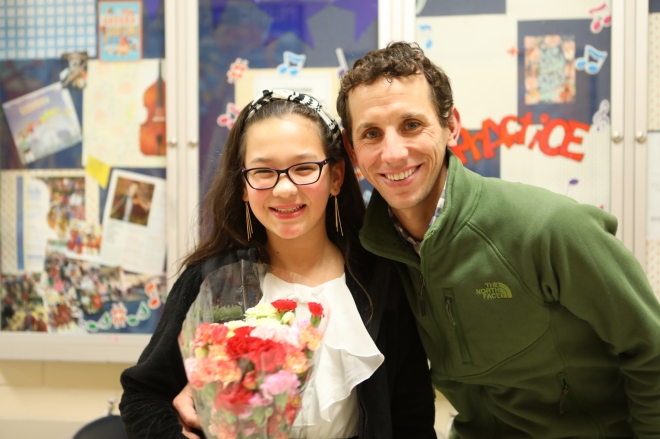 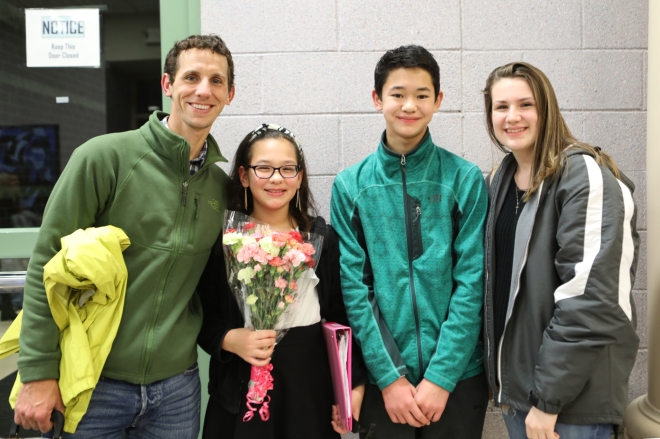 We are so very proud of your hard word and it most certainly paid of tonight! 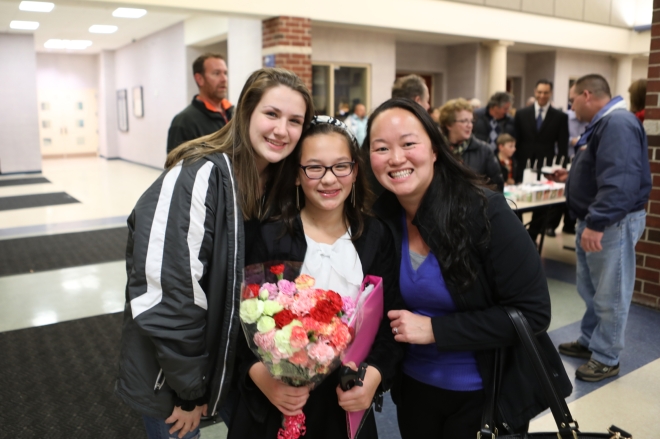 It’s a huge blessing to be a part of a school district that values music and the arts.  Thank you to everyone who was involved and helped to make this evening a wonderful success!