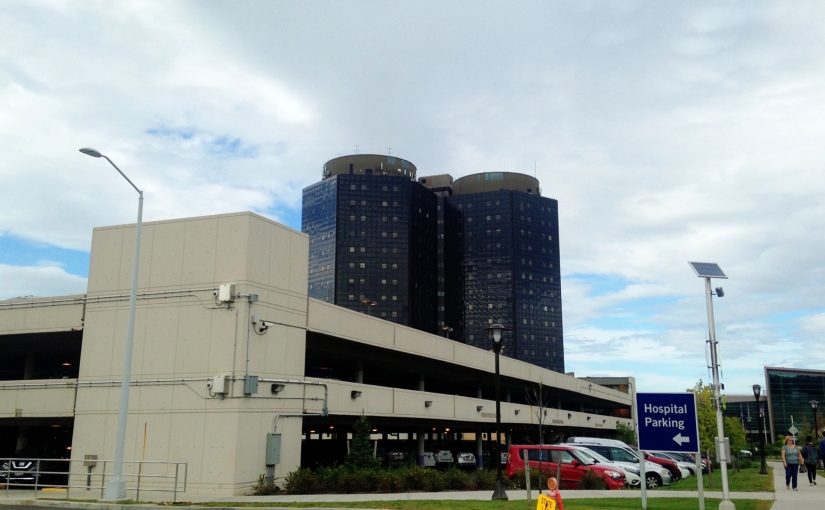 Today I asked Ellee if she wanted to come up to the hospital to visit Michael Einfeldt with me.  Both of our kids have been off school for the past two days because of Rosh Hashanah.  She sweetly obliged so the two of us drove up there this afternoon.  After checking in at the front desk, we took the elevator up to the 18th floor.  I dropped her off in the waiting room and walked down the hall of the ICU to visit Michael.  He was actually just a few rooms down from the room that he spent three months in right after his accident.

When I walked in the room, I was greeted by Aunt Krisha.  We got to know her and her husband well during our visits to Michael and to this day, she almost always spends her Fridays with him.  It was so good to see her and she caught me up with how Michael was doing.  Thankfully, they believe that the infection that put Michael back in the hospital has cleared and are currently waiting for him to finish the antibiotics and be infection free for a few weeks.

As you can imagine, Michael’s been through so much these past weeks, well, months really.  The last few times that I’ve visited, Michael wasn’t even really awake because of all that his brain and body had been going through. 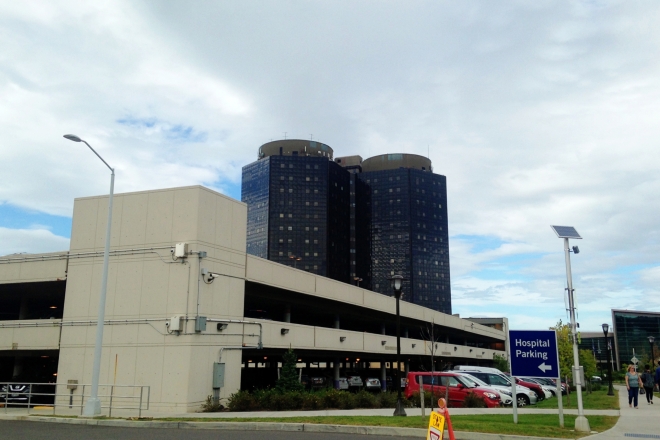 But today?  Today was a gift.  Right after I walked in the room, Michael opened his eyes and stayed pretty awake throughout my visit.  It was so, so good to be able to see him and hold his hand and talk to him again.  He looked so much better in general and alert and it truly was a blessing to behold.

I told him all the things that I thought he’d want to know.  I told him about everyone who has been praying for him in our church and in our community.  I caught him up to date with the things that his friends were up to, including what they did that summer and who was back at college and who had started up work.  When I told him how much they loved him and missed him, he made some vocal sounds which is something that I haven’t been able to hear in a long time.  Throughout this entire journey, it’s always been evident to me that Michael continues to care so much about his friends.  It’s also been evident that they all truly love and care about him as well.  When Michael made his sounds, I told him it was so, so good to hear his voice again.  And finally and most importantly, I told Michael how much God loves him and how we were all praying that He would continue to work in Michael’s life.  I shared with him the good things that I’ve seen even in the midst of the struggles of his situation.

I left the hospital feeling so hopeful and so encouraged.  It was such a good visit and it was such a beautiful gift.

I know that Michael will be in the hospital for a few more weeks as they wait for the infection to be conpletely clear.  Thank you for your prayers and for the support that you’ve given to Michael and his family.  In addition to the recent fundraiser, I know many have found their own ways to show love and support for the Einfeldts.  I took up a gift from the Tuesday Night Men’s Bible Study at Eastport Bible Church and I know that this and the others are such a blessing for the Einfeldts.  Please continue to pray and please know that God is working in many ways for Michael and his family.  Thank you for sharing in this update and in the blessing that today truly was.

One thought on “Today was a Gift”