So I’ve been writing posts about our friend Michael Einfeldt since his January 8, 2016 car accident.  Thousands and thousands of people followed and read these posts and joined in praying for and supporting both him and his family.  It was a beautiful and overwhelming response to such a tragic accident.  Since that day, many have continued to follow his story.  And now, it’s been just over a year and nine months since that day.  And I just wanted to share a few things from my heart that I’ve learned in this time as well as another update from today.

First off, I’ve learned throughout this entire time, that blogging about Michael has been my way to cope with the tragedy of his accident.  It’s also been my way to share the incredible life that Michael lived and to tell others about this amazing young man that we loved so very much.  In my writing, I have done my very best to stay positive and upbeat.  But so you know, there have been many times during this year that my heart has been absolutely broken for Michael and his family.  Times that I have cried out to God for mercy and strength, wondering why Michael continues to suffer through so many difficulties.  The pain of this journey has been unbearable at times because life is just really, really hard some days.

Secondly, I’ve learned that you do what you can.  As time eventually progressed after the accident, our visits changed from driving up to the hospital daily to the point where we now go when we are able.  I’ve done my best to keep up with Sally through texts and always share when she reaches out for prayers, which is why I’m writing this tonight.  That being said, sometimes in difficulties, guilt and discouragement work together to add more negativity to the situation.  But I’ve learned that it’s okay to do what you can do and you just have to let go of those other discouragements.

And finally, I’ve learned that sometimes God doesn’t answer our prayers the ways that we think that he should.  I’ve prayed for a miraculous healing for Michael since day one.  I know many of us have.  But thus far, that prayer has not been answered in the way that I hoped it would be.  Dear friends, I’ve learned though, that while God does not always work the ways that I want Him to, He is always working.  He is the one who sees the big picture and I continue to trust that even in the hurt and pain, He is the one who knows what is best.  I trust in faith that God will continue working for Michael in the ways that are best, even if it’s not how I want it to be. 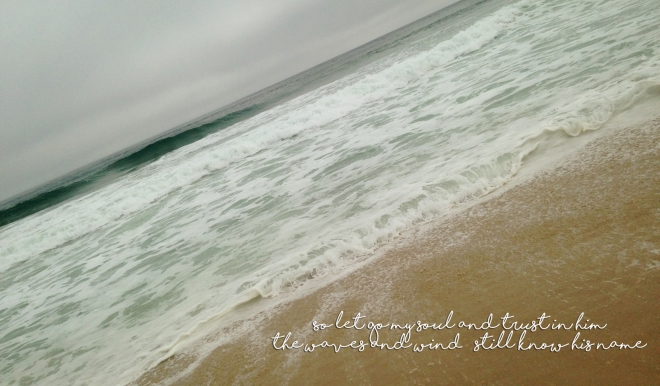 There is this song, called It is Well, by Bethel Music.  If you get the chance, listen to it (you might have to skip an annoying ad, because it’s a YouTube version, but trust me, it’s worth it)  This song makes me cry but reminds me that even in the hard times and through it all, God is there and it can be well with my soul.

And as for an update there are a few things I wanted to share.  First off, there was a fundraiser last weekend for Michael and his family, put on by Sally Einfeldt’s coworkers from Brookhaven Hospital.  I’m so happy to share that over $15,000 was raised to help cover the costs of eventually bringing Michael home.  Thank you to the many who donated and to those who helped to make this event so beautiful and special.

During the fundraiser, Mike and Sally were called to the hospital.  Michael ended up needing surgery to remove his shunt because there was an infection that was found.  He had to have an external one placed.  Sally told me that since then, he is struggling with seizures (she said they started from the side effects of medication changes that had to be made to help other issues that were ongoing).  So she asked for prayer that the seizures would stop and that the doctors would be able to find the right combination of medication to help Michael.

It’s so hard to write these struggles.  But through it all, I know that I can keep my eyes on God and trust that He will continue to work in Michael’s life.  I know that I’m not alone in praying for him and for his healing.  Thank you so much for taking time to read this and please share with others so that we can continue to be a community of support in prayer for Michael Einfeldt and his family.

3 thoughts on “The Waves and Wind”