Awhile ago, a friend from Team Einfeldt had the idea to go and do a little yard clean up at the Einfeldt’s home today.  A few wonderful volunteers signed up and spent time this morning weeding and mulching.  Our family had an interview to do for a documentary this morning, so we weren’t able to go with the others.  That being said, we decided to head over around 11:30am to see what we could do to help out as well. 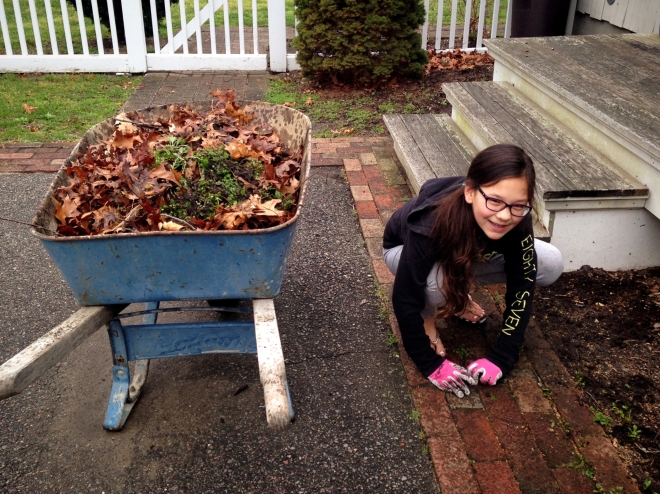 This darling girl joined me.  She’s ten and surprisingly could handle the wheelbarrow like a pro.  And in flip-flops nonetheless.

A huge thanks to those who came this morning to serve.  Laurie Pitcher brought some beautiful flowers to plant and she was joined by a few others who helped to pull weeds and spread mulch. 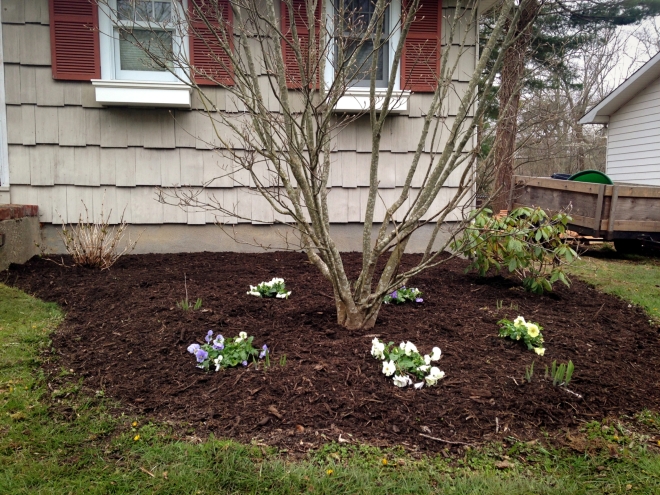 Ellee and I didn’t want to miss out on the weeding and mulch spreading, so we ventured to other areas in the front and side of the house to do just that. 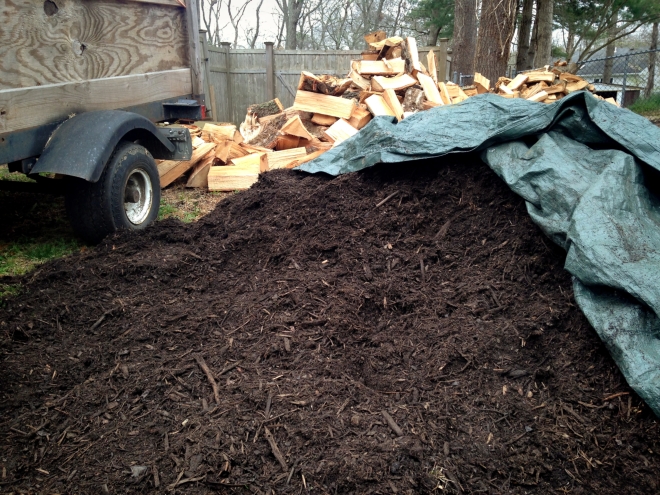 Sally put cold sodas in the cooler.  Earlier today I had purposed to be one of those amazing people who gives up sugar, but sadly I only lasted until an hour or so into yard work.  Thankfully, the sodas were mini ones, so I didn’t have to feel too badly about it.

And I have to say, Ellee and I had absolutely delightful time in the two and a half hours that we worked.  She was so excited and delighted to get her hands 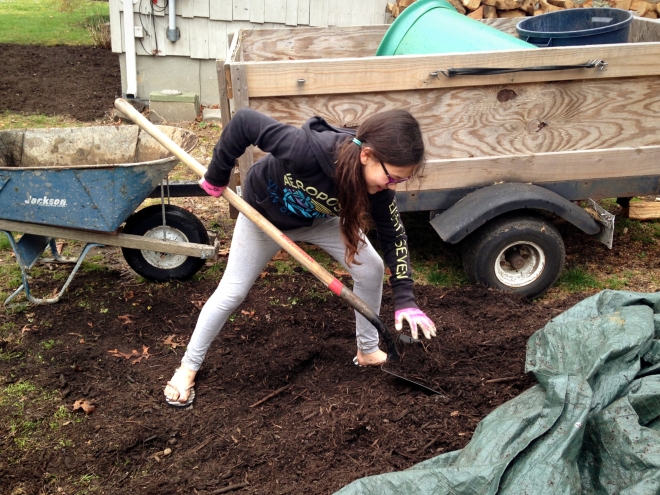 And feet dirty while working. 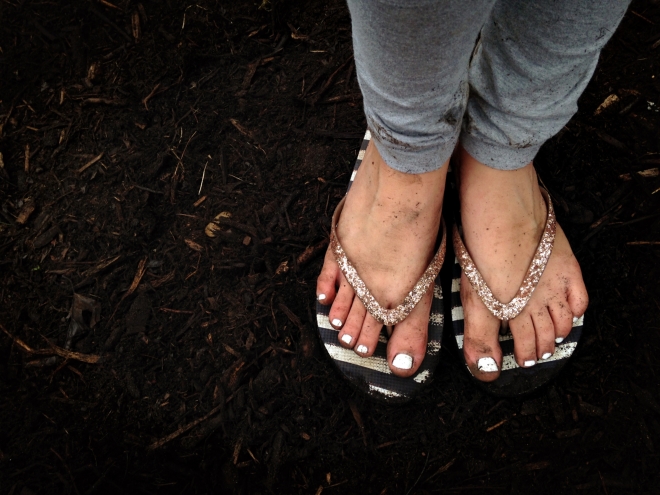 Really dirty.  For the record, I did tell her to put some sensible working shoes on before we left, but she thought sparkly flip-flops would suffice.  Thankfully, she did just fine (as she normally does in the funny little fancy shoes she always ends up in).

Mike Einfeldt stopped home while we were working.  It was so good to say hello and catch up with how he was doing.  He took some time to show me the backyard where they are planning to put in the new addition and we both agreed that it would be so much nicer for Michael to be cared for at home.  He also shared that Michael was doing well this weekend and that he was heading up in a bit to see him and to meet up with Sarah and Luke.  He thanked us (and our other volunteers) for coming over to help out and shared that it was something that made him and especially Sally very happy.

In the end, a few hours of hard work would result in the front and side beds weeded and mulched.

Ellee was happy because in addition to working the whole time (with really no complaining) she also got to hang out a bit with the Einfeldts dog, Cody.  It was all fun and games until Cody stole one of her work gloves and then it was just a matter of a few minutes of trying to get him to give it back (we finally had to trick him into it).

And my final thoughts of the day would be this.  First off, I’m not much of a yard or gardening person.  I spent the first part of our time worrying that I was doing everything wrong.  Thankfully, when Mike stopped home he confirmed that everything looked great and then I could breathe a little easier.

But as we were working, I kept having this thought in my mind:  Mulch covers a multitude of wrongs.  If you’ve ever worked with mulch, you know exactly what I mean.    You start with weeding an area and pulling out everything that doesn’t belong.  And then you throw this dark and earthy mulch all over it and suddenly, it looks much better.  There’s this great satisfaction that comes and the finished product always makes all the effort and work worthwhile.

Of course I didn’t come up with that saying on my own, not really at least.  It came to me from a verse that I learned a long time ago in 1 Peter 4:8 which says, “Above all, love each ofter deeply, because LOVE covers over a multitude of wrongs.”  And for me, this also tied into today and into so many parts of my life.  First off, some times a tragedy like Michael’s accident makes it hard to see good things.  But over the past year or so, seeing so many people come together to love and support the Einfeldts has been beautiful and good.  And in my life, the days can be hard and the struggles so real at times.  But love is the magic part that covers it all and makes everything so much more complete.

Love and mulch.  Both cover a multitude of wrongs.  Both make life and circumstances so much more bearable and beautiful.  And I’m so thankful for the lesson that both taught me today.