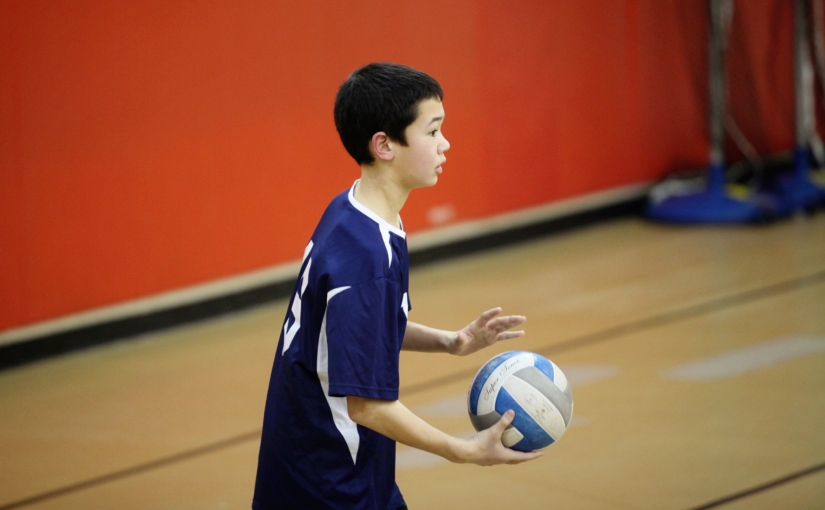 This afternoon, we drove 45 minutes to a middle school whose name I couldn’t pronounce to watch our son play in his first Jr. High volleyball match.

We were so excited for him.  And for me, it brought back memories of my years playing volleyball when I was in Jr. High.  Granted, I’d learn that I was no where near as skilled as our son is.  I am however, still taking credit that he must get some of his talent from me since Jeremy is not a volleyball player.

In addition to watching Christian, we also got to see his good friends play as well.

Having just spent the weekend with three of them (at Breakaway), it was extra fun to be there to cheer for them as well.

A huge highlight for us with Christian making the team was knowing that he would be coached by this incredible man.  Coach Bruce Stiritz just led our Varsity Boys Volleyball team to win the State Championship.  And in addition to being a brilliant coach, he’s just an incredibly good-hearted and caring person.

Back to the sets.  The boys played five of them and alternated between two teams.

So when Christian wasn’t playing, we cheered for his friends who were.

It was really excited to watch our son on the court.  He’s never played before, but seems to have quickly picked it up.  During his sets, he got some great serves and digs in, and as parents, we were pretty proud.

We are really looking forward to cheering for our son and his team this season.  His next game is a home game on Friday at ESM at 4:00pm.

We’ll be there to cheer him and his team on and can’t wait to see the amazing things he’ll learn this season.