So this is a story about love and basketball and I’m writing it for those of us parents who have our passions and our kids and who work through life trying to find the right balance of the relationship between the two.

My husband Jeremy really loves basketball.  Shortly after we started dating, it was apparent that he had a passion for both playing and watching the sport.  It was something that I quickly accepted about him.  I became a Duke fan.  During March Madness, I’d fill out my bracket and make basketball cupcakes to eat as we cheered on our teams.  Loving something that someone you love loves is one of the best ways to bond, I quickly learned.

Jeremy’s love for basketball would continue to be present as our family grew.  Two weeks after Christian was born, we Anne Geddes photographed him, not in a basket of fruit, but in an actual basketball basket.

We bought him baby basketball gear and basketball toys that he loved to play with.

When Christian was in kindergarten, we enrolled him in a local basketball clinic. 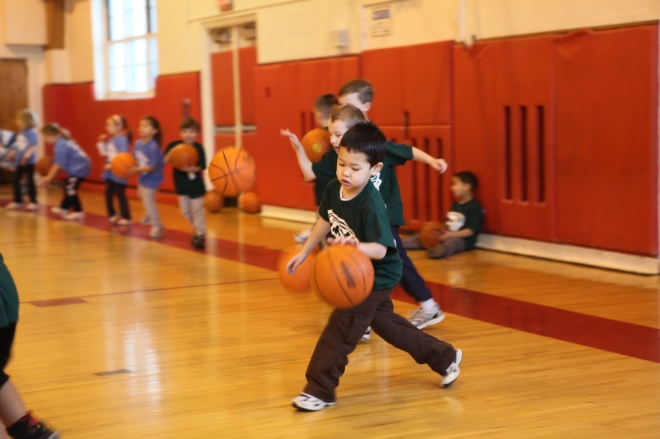 There he started to learn the basics of the game and had fun while doing it.  We spent our Saturdays driving him to his practices and were so proud when he finished the season strong.

And from there throughout the years, we’d continue to look for opportunities to strengthen his playing skills.  A few summers ago, he went to basketball camp and had a great time. 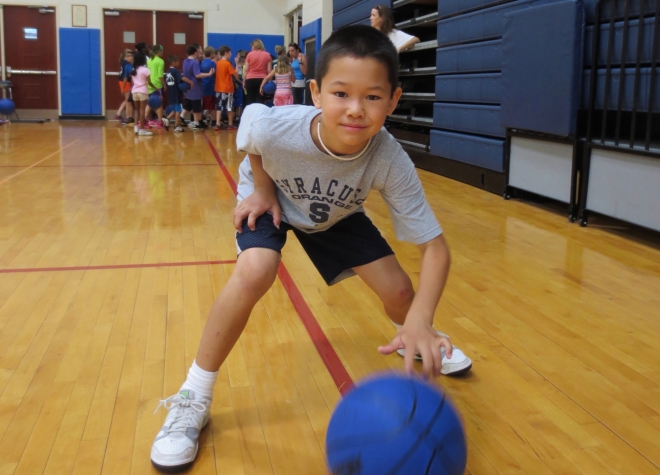 He’d continue to do a few more years of clinics and games through MYO Basketball.

In fourth grade, he was asked to play with a local travel team.

We did double teams that year, and spent quite a few Saturdays attending games earlier for his first team and then later for his travel team.  It was a busy season, but it was fun to see him learn and grow through the sport that we loved.

Fifth grade was a fun year because it was the year that Jeremy decided to help coach Christian’s team.  Thankfully, it turned out to be a great dynamic between the two of them and Jeremy was able to teach and pass on his passion to our son as he coached him and his team.

Then there was this year.  It was Christian’s 6th grade year and last year of elementary school and it turned out to be another really great year of playing for him. 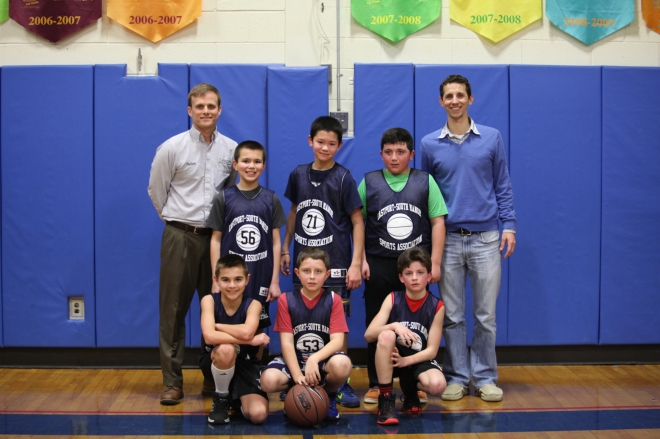 He played through the winter season and then did a few weekend games with some other teams as well.  We were really proud of him and his hard work.  Sixth grade seemed to be the year that everything came together and he really excelled in this sport.

As I mentioned before, all of this has been fun to see because Jeremy has had such a passion and love for basketball.  Throughout the school year, he still plays every week with a great group of guys and it’s something that he still really enjoys.

I’m so proud of him and have really enjoyed watching him play over the years as well.  So I wasn’t really sure what to think, when I started to notice Christian have a change of heart about the sport that he played for so long.

Last year, Christian started running.  He joined a running club and participated in a few 5Ks as well.  This summer, when Christian was asked to participate on a summer Basketball team, he told us that he would rather focus on running instead.  We were totally fine with it and wanted to support our son.  At that point, he still was open to trying out for Basketball this coming school year and so we were excited to know that was coming.

But then today, he finally came to a decision.  “I don’t think that I want to do Basketball in Jr. High,” he told me, “What do you think Dad will say?”  I hesitated.  Because I wasn’t sure.  I know that basketball is something that Jeremy loves and I know that it’s also something that he’s loved seeing Christian play all these years.  I told Christian that he should just talk to him and see what he had to say.  So he did. 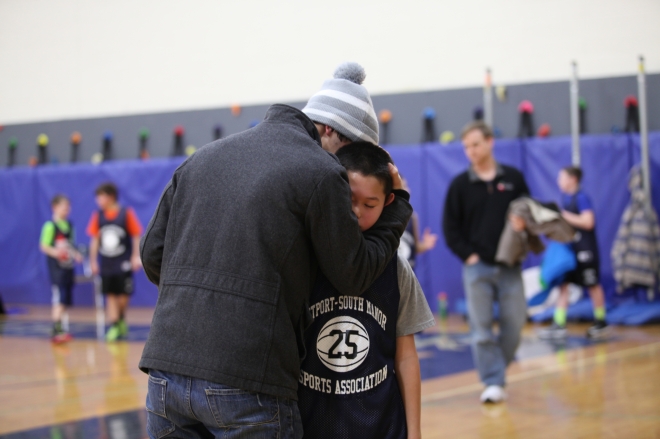 I was so happy to hear how their conversation went.  Christian a little nervously shared that he didn’t think he wanted to play basketball this coming year.  He said he wanted to run Cross Country and try out for Volleyball.  And without missing a beat, Jeremy said that was totally fine.  He gave our son a hug and told him he was proud of him and that we as his parents mostly just wanted him to be active and to do what he loves.  Sure, my husband loves basketball, but most of all he loves his son and is excited to support him no matter what sport he plays.

As parents, it’s hard sometimes not to want to live vicariously through our kids and through their extra curricular activities.  We have our passions and so of course it’s natural to want to pass them on down to our kids.  Sometimes they will love the things we love, and sometimes they won’t.  Or in our case, they might start out strong, but decided that they want to try something different as the years go by.  Overall though, I’ve learned that more important than getting our kids to love what we love, is loving our kids and supporting them wherever they are at.