Mondays are usually family days and on family days in the summer, we go to the beach.  I actually started out my day at Hot Yoga, which was so nice because it’s been busy and harder to get to classes.  Thankfully, this morning it worked out, so I went and sweat out all of my stress and anxiety and by the end of the class was so relaxed and fully ready to start my day.  Afterwards, the kids and I drove over to the new Best Market in Westhampton to pick up fun lunch supplies while Jeremy got a long bike ride in.  And just after twelve, we were all packed up and ready to go, just as the clouds parted to make way for a sunny afternoon. 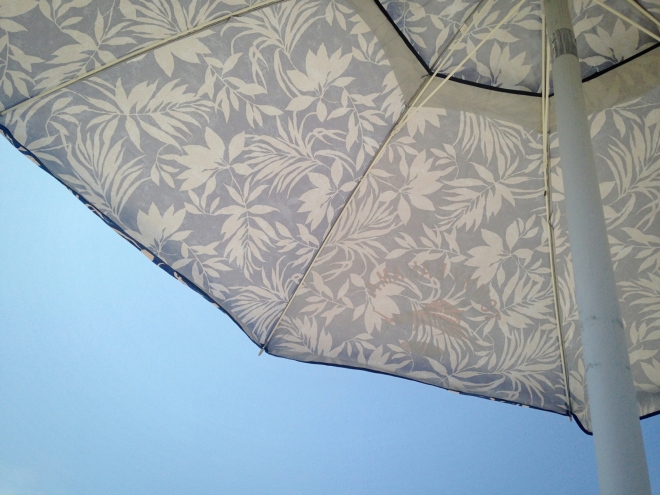 So let’s pause for a minute, because I have to share my most recent beach discovery.  When I was back in Michigan my sisters both had this creamy baby oil that they used for their families to keep the bugs and mosquitoes away.  I used some that week and was pretty impressed with how well it worked.  The best part, is that you could get it at the Dollar Store, so it was a cheap, easy and deet-free way to repel insects.

That being said, I thought I’d try it out today at the beach.  Because there are black and green flies at our beaches and they are mean and their bites are pretty painful.  After sitting down to enjoy lunch, we noticed that the flies had appeared.  So we all used a little creamy baby oil and to our delight, they stayed away!   I tried to figure out what it might be that was repelling the flies.  But after reading a few unreadable ingredient names, I decided that I probably wouldn’t recommend using the oil on an actual baby, but I definitely would recommend using it to keep the bugs away at the beach. 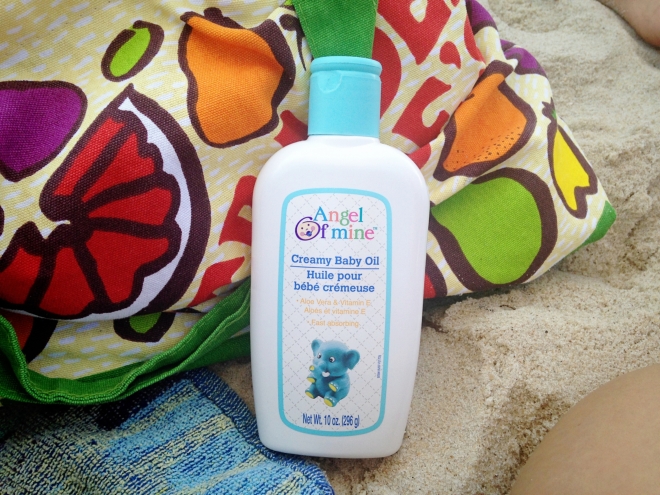 Oh beach days.  How we love you.  Ellee and I had fun chilling on my new LayBag.  A bit later, we decided to go for a walk.  When we got back, Jeremy was hanging out on the LayBag, so Ellee and I decided to sit.

And this is where it all started.  I mean, I was just sitting there, minding my own business, when our awesome eleven year old son walked up to me.  His sister wasn’t in the mood to hang out and his Dad was taking a nap, so all that was left was me.

“Mom,” he started, “Mom, will you please come and boogieboard with me?”  To which I responded, “Heck no!”  Because really, I love the beach, but I’m not so much a swim all over the ocean kind of a person.  I’m more the hang out under the umbrella and occasionally put my feet in kind.  But he was determined and wouldn’t take no for an answer.  He told me how fun it would be and would I please go with him.  And I firmly insisted that I was not the type of person to do that kind of a thing.

But then I stopped.  And I had one of those mom moments, where my son’s life appeared before my eyes for what it was…  going by quickly.  And I realized that the days of our pre-teen son wanting to hang out with his mom are probably getting less and less.

So I mustered up some courage, and prayed because the waves were kind of rough and I didn’t want to get eaten by a shark.  And then I grabbed the boogie board and I followed our overjoyed son into the water.

He coached me through it the entire time.

“Mom, You gotta do this, and not that, and watch out for that wave and isn’t this so much fun?”

And after my body numbed up to the cold water, I realized that it wasn’t so bad.

And after catching a few small waves and surviving, I realized it was actually kind of a lot of fun. 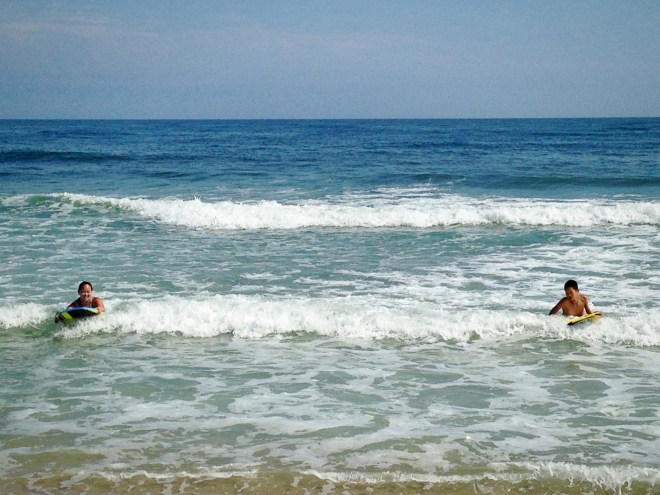 We staying out for awhile.  I rode some waves and missed others.  I totally got rolled around, but only once.  And what will stand out most for years to come, was knowing that I had tried something new with our son, and had an awesome time doing it.  Ellee took these pictures for me, but I can actually remember this exact moment.  Because Christian and I both caught the same wave and he was so proud of me and had the biggest smile on his face as he cheered me all the way to the shore.

Moms and dads, it’s good to do new things, especially when it comes to doing something with our kids that they love.  Sure we won’t always get it and it might be a little uncomfortable.  But  these days are flying by and we only have so much time with our kids, so why not make the  most out of it?  Today I tried something new, and looking back, I’m so glad that I did.  Christian was so proud of me and together we made some good memories to add to the books. 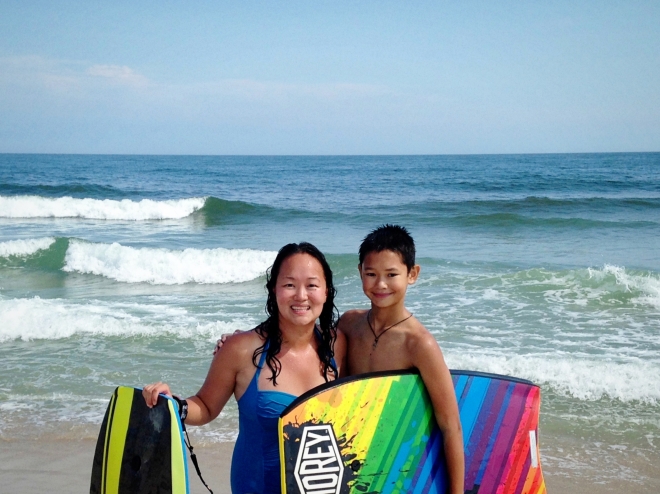