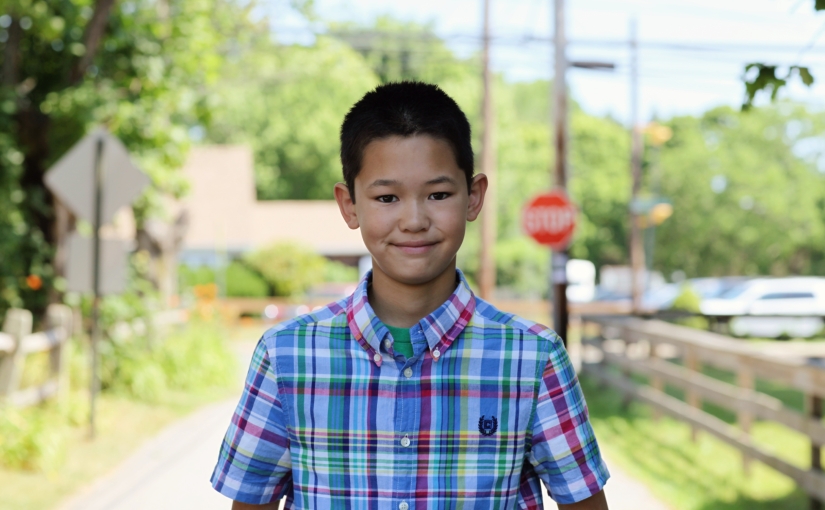 Ask any parent, because it really does seem like just yesterday that we were walking our son to school for his first day of Kindergarten.

I remember is so clearly, because Mr. Frederick was the very first person that we met.  He was so kind and he and Christian had matching hair.  And it was something about that very first interaction that calmed my nerves and made me think that Christian was going to be just fine.

Kindergarten was good for Christian.  He was finally in a place where he could interact with kids his own age, having grown up pretty much with the teens from our Youth Group.

(This is for you, Ally… Can you believe how much they’ve grown???) 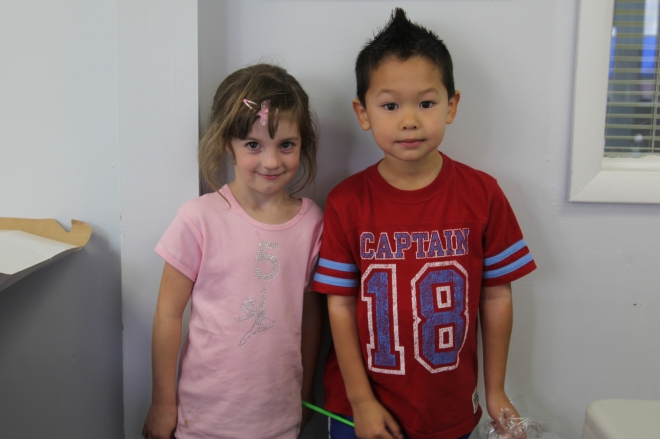 And like everything else, time flew by and pretty soon, instead of the beginning, it was the end of Christian’s first year of school.

He had a blast at his very first field day.  The kids were all so cute playing their little games and it was a great way to end the year.

The following years would also fly by.  And through them, Christian would make some great friends.

My favorite memories of Christian and elementary school were often tied in with different events that he did.  One of them being Flag Day in Second Grade. 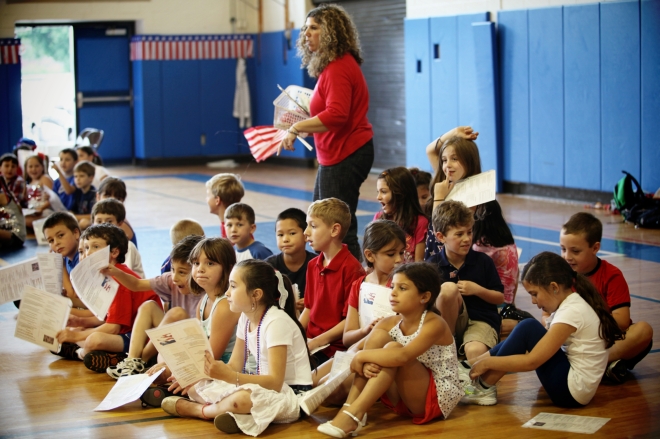 I loved being able to come into the classroom for events throughout the years.

A huge thanks to the teachers who take time to put those events together.  They really do mean so much and are great memories for the kids and parents as well.

Third Grade was also the year of the recorder.  If you’ve ever been a parent of a recorder player, you know just how loud and how special that year is. 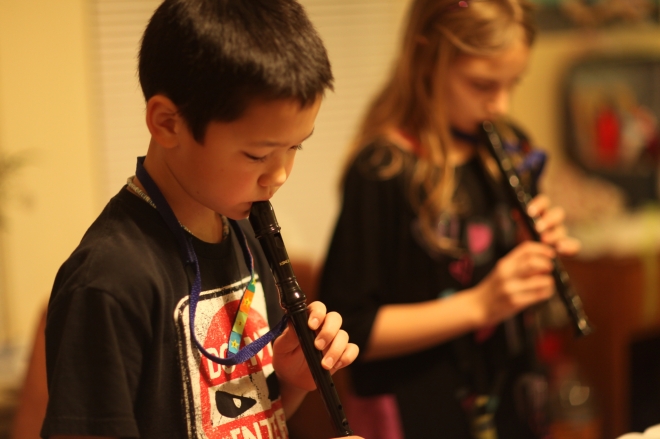 Fourth Grade was a fun year.  I loved Christian’s teacher Mrs. Smith and her wonderful, laid back but effective approach to learning.  I remember at the open house wanting to be in fourth grade again just so I could have a cool teacher like her.

Fourth Grade was also Christian’s first year in choir.  Mr. Frederick would go on to amaze us parents with three solid years of Winter and Spring concerts where our kids would sing so beautifully and so passionately because they picked up on his incredible love and passion for music.

Fourth Grade was also the year that Christian and his friends asked the principal to do a lemonade stand at lunch for a week to raise money for world hunger.  Somehow they ended up raising over $100 that week selling 25 cent cups of lemonade.  It was a great experience and even better to see our son with a heart and passion to help others. 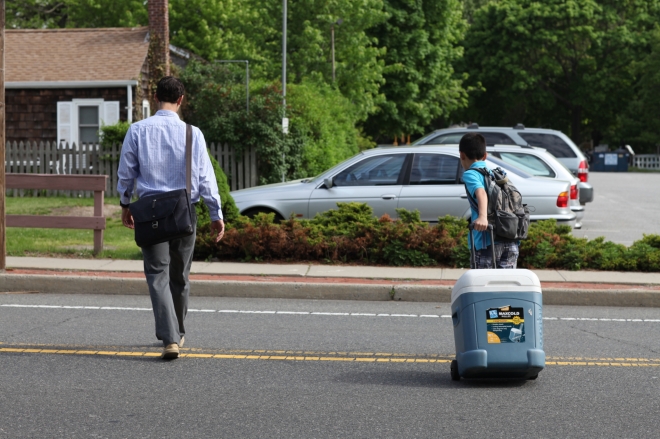 Christian really had a lot of years that he was in the same class with some really great kids. 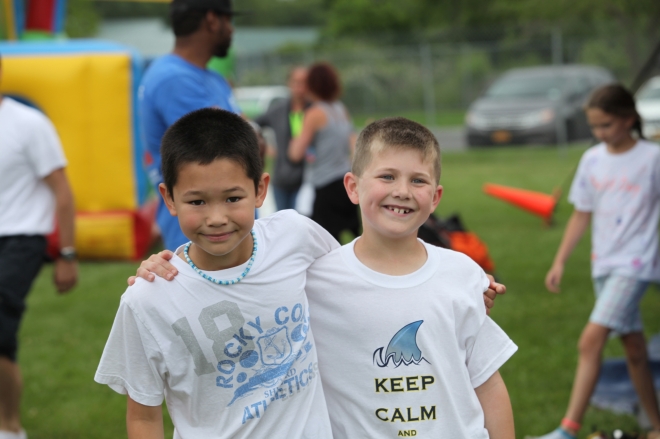 Elementary school friends are the best if you ask me.  Chances are they might not be the ones that you keep in touch with over the years, but they are the ones that helped to shape your life and character in the innocence of youth.  Christian has really had some great ones and we are just so thankful for all of them. 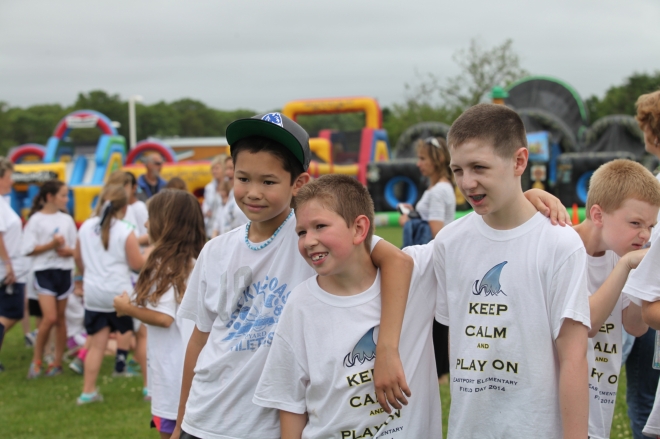 Then there was Fifth Grade.  And Fifth Grade friends playing flag football on the field in front of the school.

And then came the beginning of Sixth Grade.  This was the year that we let him walk to school (it seemed like a big deal, but in reality, we can see the school from our house).  And this was the beginning of his last year at Eastport Elementary School.

It was a great year.  But just like that, it was the end and there was a more fun and more grown up Field Day at Red Creek Park.

And then there was the Sixth Grade Dance. 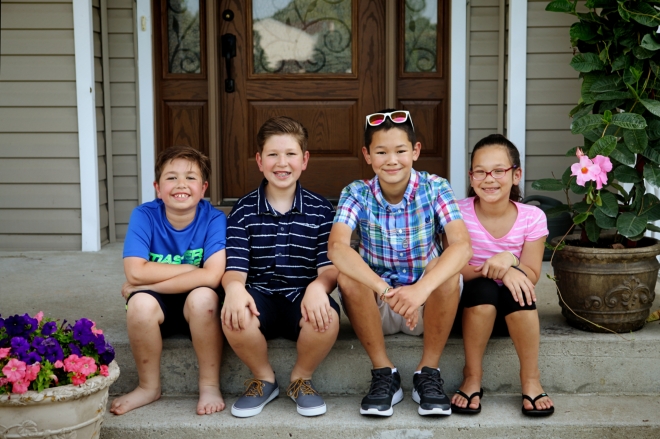 Christian and Chris had a great time at the dance with all their friends.  And when I picked them both up afterwards, I couldn’t help but share in the excitement of a great night, but also feel a little sad at how quick it was all going by.

And finally, a few days ago, Christian had his Sixth Grade Graduation.

He received a lot of Academic and Principal and Presidential Awards for his high grades and we were so very proud of him.

We were most proud of the the two Community Service awards that he earned though.  Because while good grades are important, loving and serving others is most important to our family.  Seeing our son be commended for these things was a great honor. 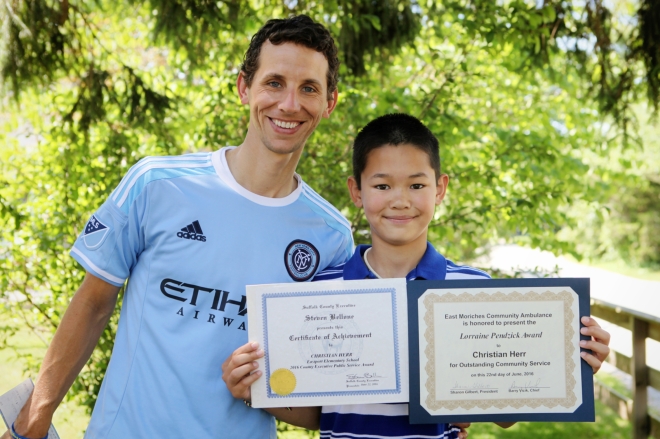 And just like that, it’s over.  Christian officially finished up his last day of Sixth Grade and his very last day at Eastport Elementary.  Where do I even start, but to thank each and every teacher that loved and influenced our son.  Thanks also goes to an incredible elementary school filled with loving and caring people, all making such big differences in the lives of these students.  Thanks to all of the support staff and especially the incredible custodians for keeping their school clean and beautiful.

Most importantly, thanks to God, for blessing this guy with six (seven including Kindergarten) years of Elementary School.  Christian learned and grew and matured and we could not be more proud of more thankful for God’s had of blessing on his life.

Congratulations to our son and to all of the Sixth Grade graduates.  Remember the great things you learned in elementary school and go and do great and mighty things.  We love you and are so very proud of you all!