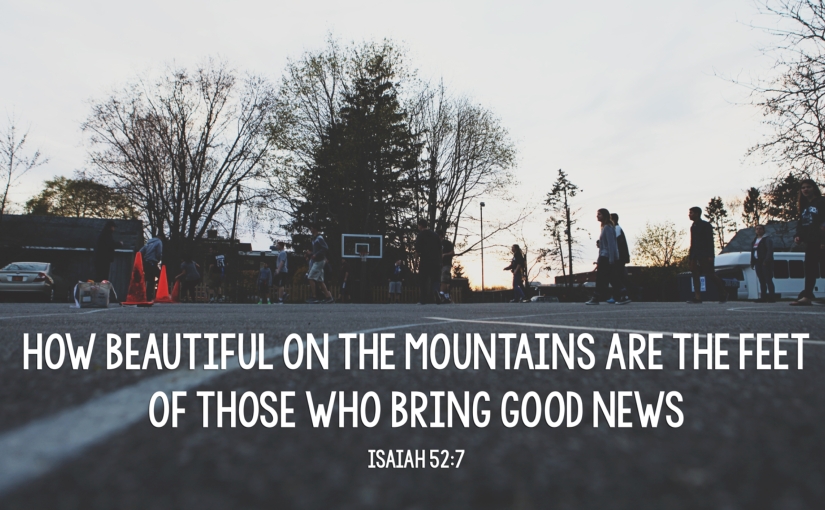 To be honest, I’m so excited to share this that I’m having a hard time putting my thoughts together in exactly what I should say.  So I’ll start instead with the fact that tonight, I randomly found a file of youth group pictures from about this time last year.  I have no idea how or why I stumbled upon them, because they were actually found in a file dedicated to our sweet niece Jae from her visit to New York last year.  Anyhow, tucked away within pictures from our adventures during her visit, were some pictures of the Thunderball game that we played at Youth Group that week.

It made me smile to see Michael in the pictures.  He was always a fan of Thunderball and played wholeheartedly every time. 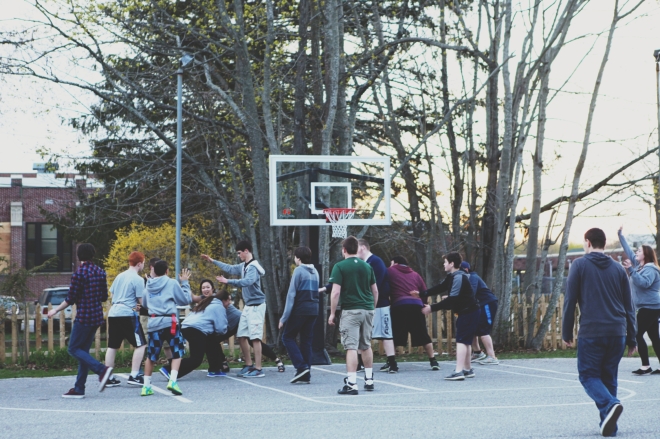 To be honest, I thought I had run out of new, old pictures of Michael.  Since I blogged for about one hundred days straight during the first three or so months of his accident, I pretty much used up every picture that I had of Michael.  So it was a treat, I think, to find pictures that I hadn’t known were even there.

This in addition to the fact that it’s now been over a week since we’ve seen him at Rehab.  Last week was a tough one for Michael and a busy one for us.  I posted last week, when Sally had texted me asking for prayers.  Oh, and if you didn’t know, God answered those prayers just beautifully.  He allowed Michael to work through the storming and the struggles and to get back on track for Rehab. 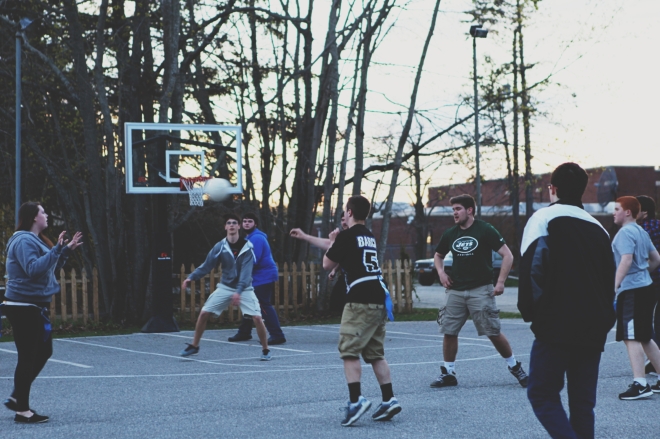 Which brings us to tonight.  I had made plans to walk with Sally this morning, before she went back to Kings Park.  But the weather didn’t quite cooperate, so instead we talked on the phone as she was driving up.  She shared that Michael was doing much better, so that was a wonderful thing to hear.

But then tonight…  Oh, tonight.  I made plans with a dear friend to head up on Thursday to visit, so didn’t think I’d see Michael till then.  But Sally texted me a video which I watched once, then again with Jeremy and then a few times again after that.  Because it really was just the most wonderful video of Michael.

In the video, all you see is feet.  Michael’s feet.  But then you hear his sister Sarah encouraging Michael to lift his foot.  And he does.  Not once, or even twice on command.  But four times within the minute long video!  I teared up and thought to myself, I’ve never been more happy to see feet move.  It’s been awhile since Michael has moved his feet and it probably hasn’t been since before his accident that he was able to do it so distinctly.

So many things come out from this verse to me.  First, the idea that these beautiful feet were found on mountains.  Mountains aren’t always the easiest places to be.  But to think that God brings beauty, even when we are in tough spots.  Secondly, the idea that the feet that are beautiful, are ones that bring good things to others.  Ones that bring peace and good tidings and salvation.  Before Michael’s accident, I’d definitely say he was the kind of guy that had feet that would bring all of these things.  But now, I would also say the same things as well. 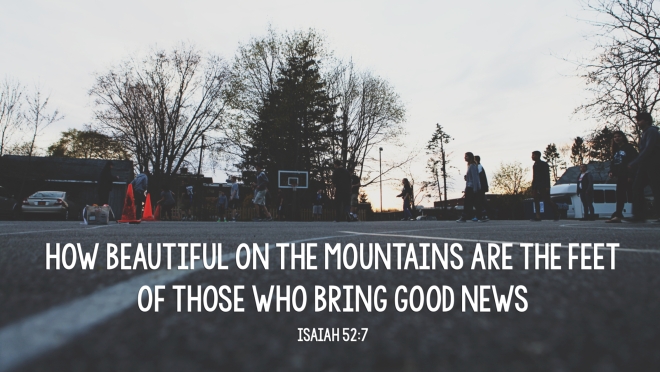 Seeing Michael’s foot move so purposefully tonight was just wonderful.  God is allowing Michael’s feet to continue to be beautiful, even as he is on his mountain.  Tonight, I praise God for Michael’s beautiful feet and that I can continue to know that God is indeed reigning in Michael’s life and using his story for good.  Thank you, Jesus!

6 thoughts on “How Beautiful are the Feet”