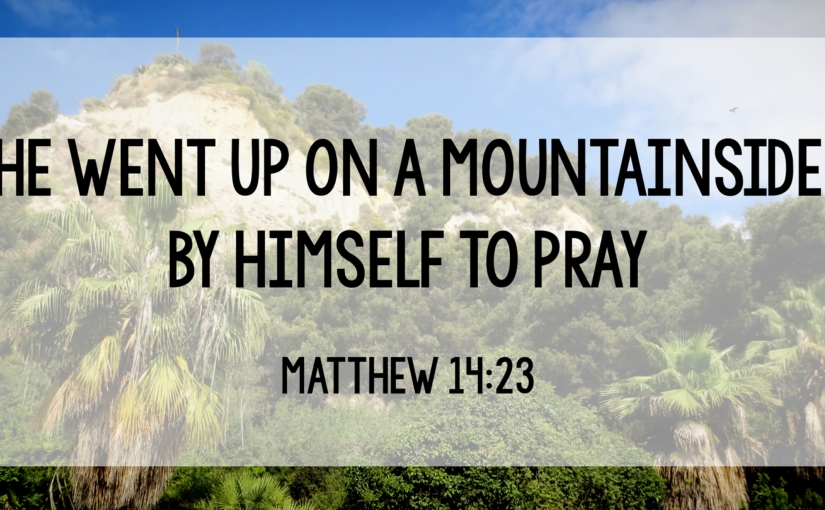 It’s amazing, the way that God brings us together to be part of each other’s lives.  Take for example, John Caprari and Zack Skarka.  Both of these men, were just kids when we first met them.  Both grew up over the years, through our church and our Youth Group and both at some point committed their lives to loving and serving God.  Both would go on to do that, in different ways.  I don’t think that we could be prouder of these two or more thankful for the fact that we got to spend this weekend with them both.

And finally, both, in a cool turn of events, were able to go and visit Michael at Rehab this week. 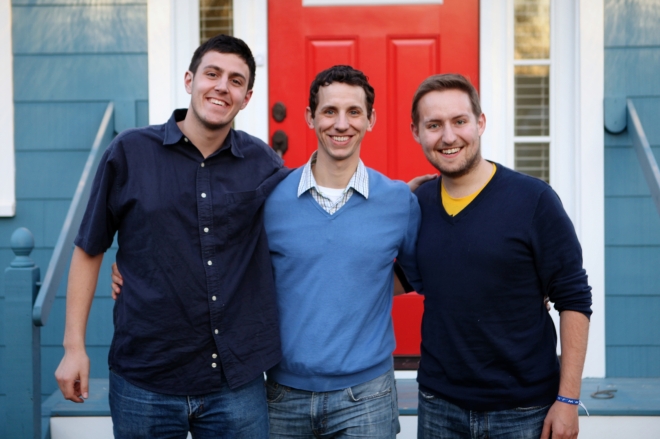 John and Naomi Caprari visited Michael with us on Tuesday and on Friday, Zack and his mom Gina were able to drive up to visit as well.

I met up with them and was so happy to see them.  Zack was actually with us on the day of Michael’s accident.  He drove up to Stony Brook with Jeremy and I and sat in the waiting room with us and the Einfeldts for hours while we waited to hear news about how Michael was doing.  He didn’t actually get the chance to see Michael that day.  And then he flew back to Texas where he attends Dallas Theological Seminary.  So Friday, was the first time that he got to see Michael in over three months. 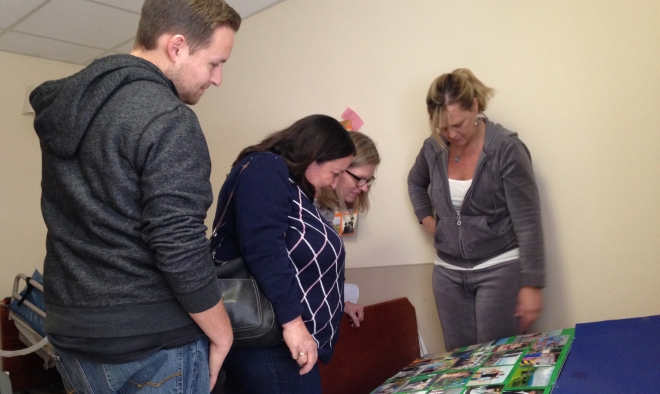 It was such a blessing to get to spend the afternoon with Gina, Zack, Sally and our friend Lisa.  Because this week has been so busy, with family visiting and our Missions Conference, it was harder to get up to the Rehab.  But spending time with Michael on Friday was a welcomed blessing amidst a busy week.  When we saw him, it was so good to see that he was doing better.  In the days before he had been back and forth from the hospital, getting antibiotics for an infection.  I was so thankful to see that he looked as though he was feeling much better.  We were able to time our visits right between his therapies, and overall it worked out so well. 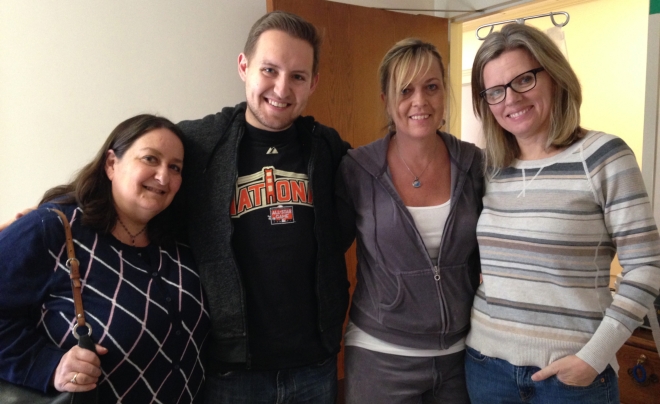 I’ll admit.  I’ve been overwhelmed by this week’s activities.  But tonight, I was drawn again to those two stories about Jesus that I shared in my last post.  I noticed in Matthew 14, that right before the feeding of the five thousand, Jesus had just received heartbreaking news about the death of his close friend and relative, John the Baptist.  In verse 13, it says that Jesus had tried to withdraw to a solitary place.  But he was overcome by the crowds and in a beautiful turn of events, he did not get frustrated because he wasn’t getting rest.  Instead, he had compassion and he worked to heal the sick.  And then he fed them all.  And right after that, was when Jesus sent his disciples on their way so that he could go up on the mountainside to pray.

Jesus knew busy and overwhelmed.  Because at times in his life, he was exactly that.  But he didn’t let those feelings overcome him in doing what he was supposed to do.  He continued to do God’s will and to serve others.  But in between all of that, he took time to connect with God.  To talk to him and to pray and ask him to continue to help and strengthen him. 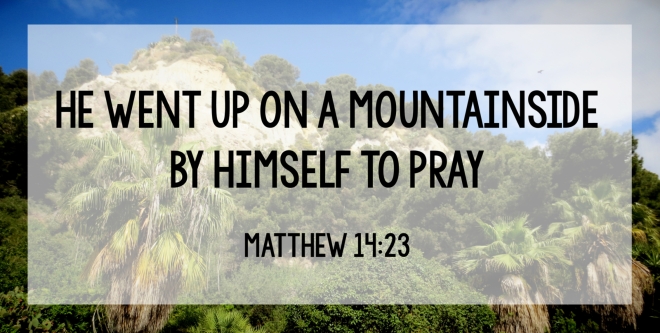 And in life, when we become overwhelmed and busy, this is exactly what we need to do as well.  And wrapping this up, I also thought it was cool to see how Jesus took time to get away before coming back to love and rescue and teach and encourage his disciples.  We can best do the things that God has for us, when we make sure to connect with God through prayer.

And finally, speaking of prayer, Sally asked that I share a specific request.  She had a friend who recently lost his wife.  He asked for her to pray for his children as they mourn the loss of their mother.

Dear friends, we know the power of prayer.  We’ve seen it beautifully these past three and a half months and we can continue to see it in Michael’s life and in the lives of so many others who are struggling.  Please continue to pray for Michael that he would get a great week in at Rehab and that he would be healed from any infections or setbacks.

Thank you so much for your faithfulness in this.