Just over three years ago, we took this awesome group to Breakaway one snowy weekend in February.  I remember that year quite well because it was the year that Jeremy broke his ankle, but ended up postponing his surgery for the weekend so that he could be at our retreat.  Thankfully, he managed alright, mostly thanks to his brother Justin who flew out from Arizona to help out  and also because of the knee scooter we brought that allowed him to get where he needed to go. 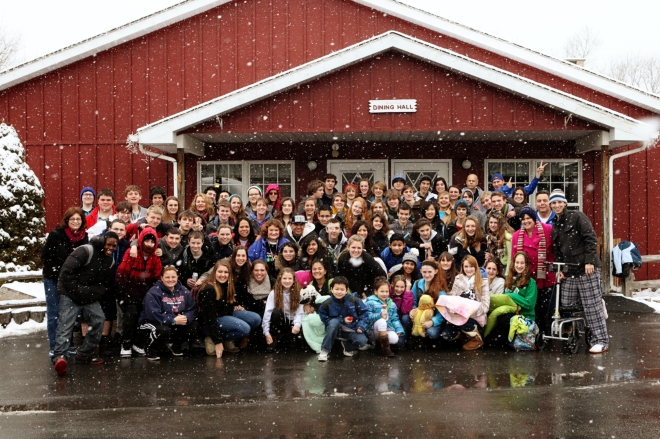 We had a great group of students that year.  Sarah and Luke came back from College to come with us and we loved having them there to help out.

And Michael was there, along with many of his high school friends.  Special thanks to Katie Resch, who took this cute picture. 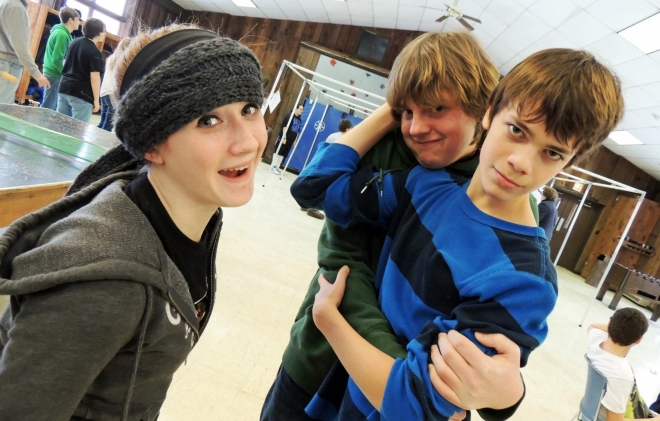 I was just talking in one of our small groups this week, about the importance of good friends.  About how the truth is, that in those formative Jr. and Sr. High years, often times, friends have the most influence.  And how if you have good and wise friends, they will help you will grow to be good and wise.

And today, three years later, some of those same friends drove up to the hospital to be there for their friend Michael.  The timing worked out perfectly so that Jeremy and I also got to see them while they were there.  Sam, Katie and Jordan shared that at all three of their different colleges, there were people praying for and sending their love and support for Michael which was so incredible to hear.

It was so good to see them be able to see and interact with Michael.  At one point, Jordan leaned in to talk one on one with Michael.  Since I was standing close by, I couldn’t help but hear the soft spoken words of encouragement and it immediately made me tear up.  There isn’t much that is easy about this situation, but along the way, I’ve learned that there are so many things that are just incredibly beautiful.  Hearing the care and concern and encouragement in Jordan’s voice was a pretty powerful thing to hear and I know that it must mean so much to Michael and to his family.

A little while later, we also got to meet up with Sarah, Luke and Danielle.  And again, there were these simple, but beautiful interactions between Michael and those around him who love him so much. 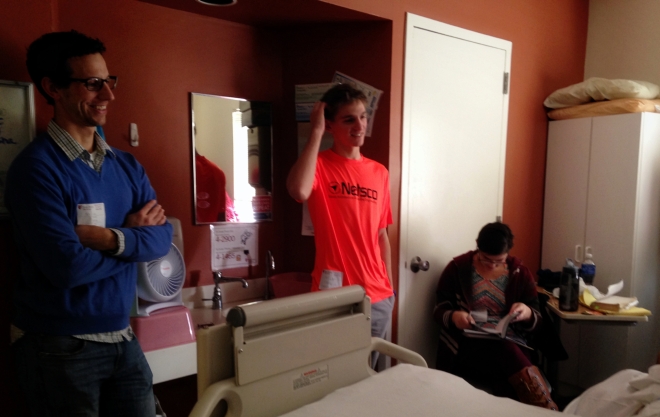 And today, I was reminded that throughout everything, God is to be praised.  He has in store for Michael, this incredible plan that started before he was born and that will continue through his entire life.  He orchestrated the people and the friendships that would play such an important role in these times of need.  And today, for this, I praise His name.  I’m so thankful that there is hope and that there is love and that there is such encouragement for Michael each day.

Sally captured this beautiful picture from the bridge of the hospital this evening.  And just as Psalm 113:3 says, we can be reminded that “From the rising of the sun to the place where it sets, the name of the Lord is to be praised.” 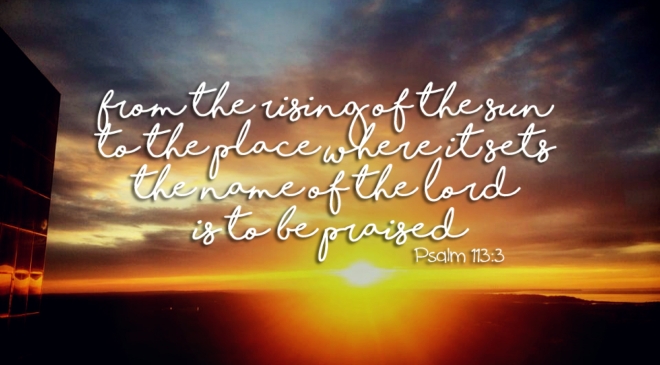 Sally shared that the new drain seems to be working well.  So far it’s been cleared of infection though a test in a few days will confirm this and that Michael can more forward for his shunt surgery.  Till then, he will continue to rest and heal.  Please pray for God’s healing and that the timing will be best for everything to fall into place.  Thank you so much for taking time to read and to share Michael’s story.