We spent the weekend at our 13th Breakaway Youth Group Retreat.  Which means that Jeremy and I have spent 13 weekends hanging out with our amazing students and loving and supporting them as they learned more about God through our amazing speakers, worship time and small groups.  This weekend was a bit more emotional for me than others.  I couldn’t help but take in all of the little moments throughout the weekend, knowing that just last year, Michael was here to enjoy them all with us.  It’s hard to explain, but he’s always had such a strong presence in our Youth Ministry and amongst our students and leaders.  He was fun and fun loving and was always such a positive and friendly influence on everyone around him. 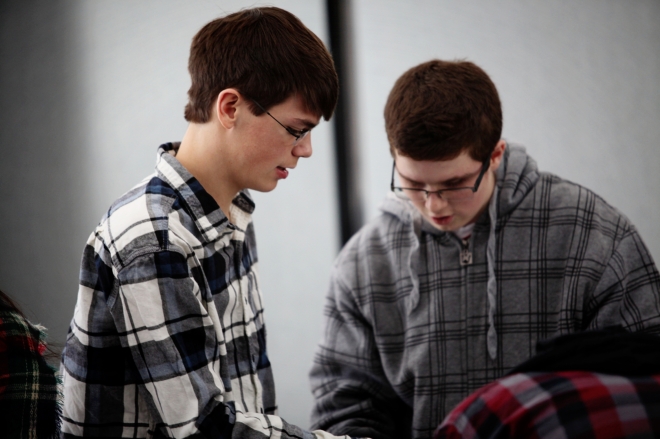 Last year, was Michael’s Senior Year and fifth year of coming to Breakaway.  Thankfully that didn’t stop him for being all in with the face paint… 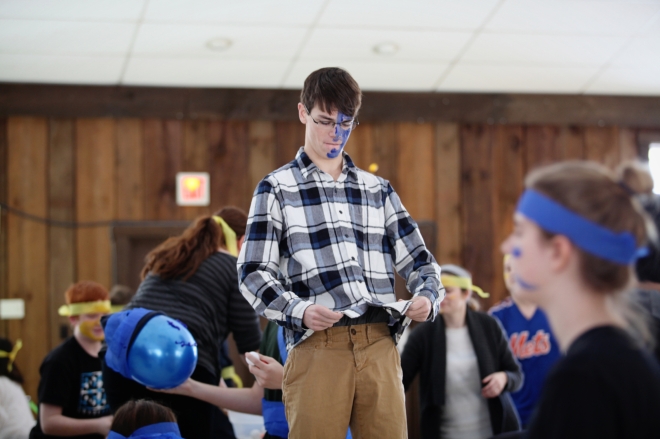 And being willing to stand on a chair while his team mates threw hundreds of bouncy balls at him. 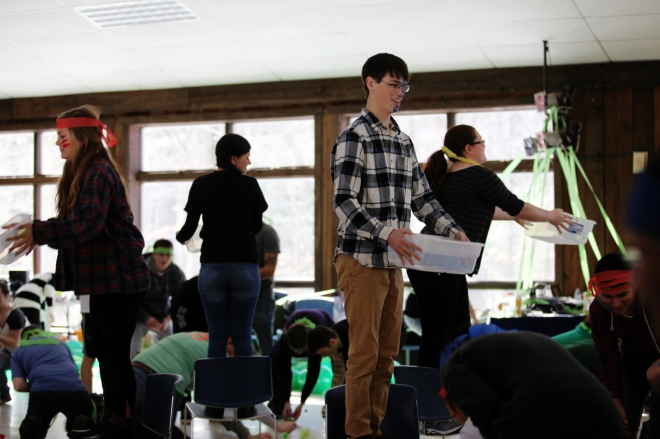 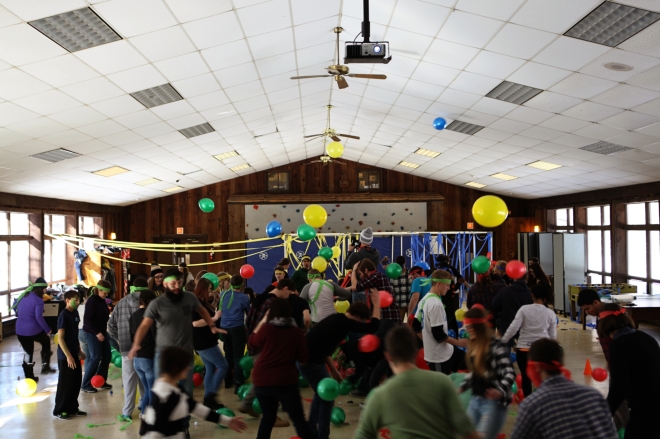 And in keeping with the theme of games, Michael was pretty much around to play all of them.  He was solid in the European Handball tournament. 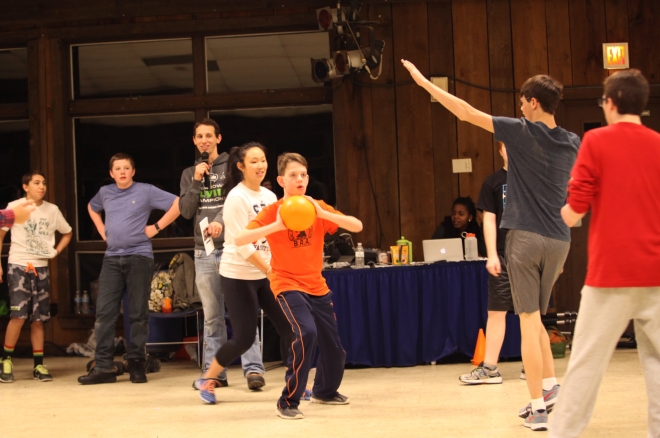 And pretty much put his heart into every match he played.  Because that’s the kind of guy he is.  One that plays and lives whole heartedly.

He’s also the kind that’s not afraid to join a kick line, when one happens to come about.

And the icing on the cake, was when we asked for volunteers to put Superhero undies on their heads and race around.  Michael was one of the first to volunteer.

Last year, in keeping with our Breakaway traditions, we asked our high school Seniors to come up on stage so we could tell them all how much we loved them and how proud of them we were and then pray for them and their futures.  I remember tearing up a bit as I always do, because getting to love these teens and be a part of their lives is such an incredible blessing. 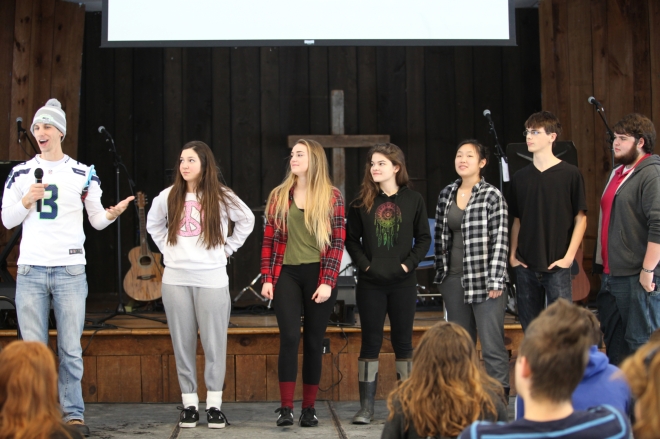 And our yearly whole group picture.  Afterwards, we drove home, delivered all of our kids back to their families safe and sound and then came home to watch the Superbowl.  Amazingly, Michael and a few others came over to watch it with us and even though we were pretty tired, it was a great way to end an incredible weekend together.

Looking back at last year and seeing Michael with all of his friends, I’m reminded of how important it is to be surrounded by people who will love and support you throughout your life.  Michael was totally the kind of person who loved and supported his friends.  In Proverbs 27:17, it says that as iron sharpens iron, so one man sharpens another.  Michael was the kind of guy who spent his life supporting and sharpening others.  And spending this weekend with many of Michael’s friends, it’s been so good to see the ways that they are working to love and support and sharpen him.  It’s so important to be aware of the kinds of people that you surround yourself with.  I’m think it’s powerful to see how Michael’s situation has affected so many because of the many ways that he helped others be the best that they could be.

Sally’s prayer requests tonight are for Michael to get to a place where he is medically stable as soon as possible so that he can go to rehab and start to get better faster.  There is a possibility that he will need another surgery for a shunt that will help his brain to heal and so we can just pray that if he needs this that it will be free of complications.  We know that God has had his mighty hand in Michael’s other surgeries and we are so thankful that they have been just what he’s needed.  So just lots of prayers for this and for God’s continued hand in helping Michael to get everything that he needs.