Tonight, we went to see our friend Steven star in Bellport High School’s production of Legally Blonde The Musical.  Steven has been a part of many of his school’s plays and musicals and over the years Jeremy and I have done our best to go and support him and the various roles that he’s had.  Without fail, for every play and musical, Steven would also have other friends there to support and cheer him on.  The most faithful of these friends?  It was Michael Einfeldt.  He attended every single play and musical that Steven was in and the night before his accident, he was making plans with Steven to possibly come back from college to see him star in tonight’s show.  And if that’s not a friend that values others, I’m not sure what is. 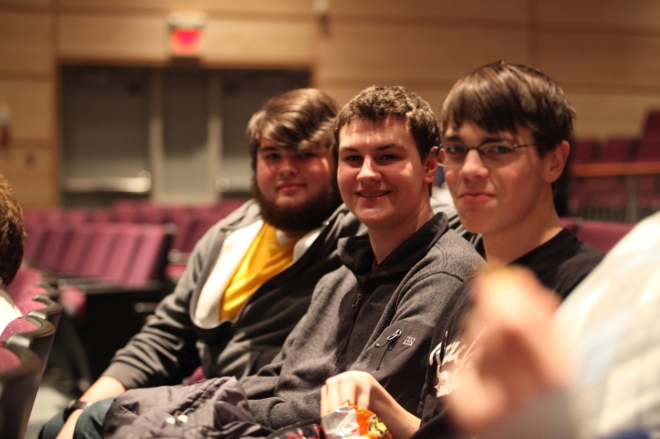 Steven did a fantastic job tonight.  He had the lead role and was absolutely outstanding.

And the musical overall was entertaining and delightful.  The cast and crew all came together and did a phenomenal job of putting on this production.

At the Intermission, we got to catch up with Steven’s sweet baby sister.

As well as an entire crowd of people who came to support Steven.

And I really do need to take a few minutes to share about this beautiful woman.  When Steven was up visiting Michael at the hospital last week, he had mentioned his upcoming play.  And Sally, in the most amazing and considerate and compassionate way told Steven that she was going to try to come to his play in place of Michael this year.  She knew that Michael would have wanted to come, so she was going to do it for him.

And it was just such an incredible and beautiful thing to see.

The second half of the show was just as fun and entertaining as the first. 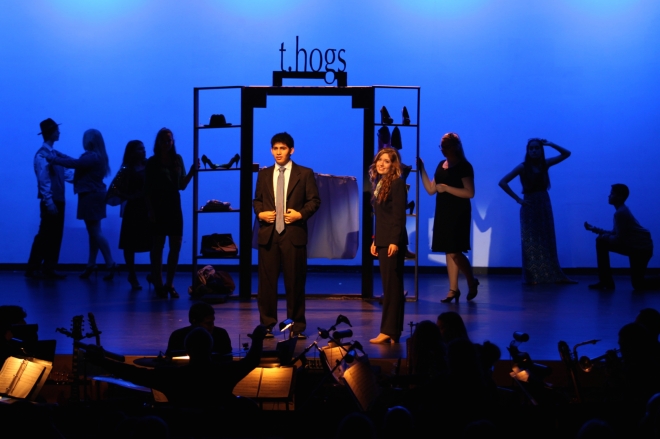 And when the musical ended the the curtain call came, we could not have cheered louder for our incredible friend and this amazing cast and crew. 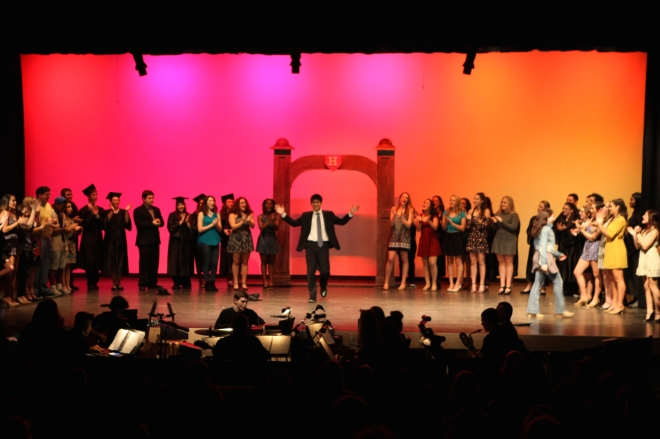 After the show, we took our traditional “With Steven” friends picture.  And my throat tightened up just a bit thinking of our friend Michael and how much he would have loved to have been there, cheering on and supporting Steven.

And again, I have to share about just what a kind and caring friend Michael was to all of his friends.  He truly lived out the command God gives us in Philippians 2:3 where it says to do nothing out of selfishness or vanity.  Which is a bit counter cultural seeing as which we live in a world that at times encourages us to elevate ourselves and to put ourselves first.  What God said was the exact opposite of this.  He told us that in humility, we should value others above ourselves.  This is exactly how Michael lived his life and exactly why he’s made such an impact on so many.

I was even able to see evidence of this when I went up to visit him today.  I actually got to spend some time with Michael while his mom and sister were out of the room for a bit and it was so, so good.  I talked to Michael about lots of things, because goodness knows, I’m a talker.  And I just have to share that when I mentioned Michael’s friends and even Steven’s play tonight, he always responded with good hand and arm movements.  Michael loves his friends and they most definitely love him.

Also, I should probably mention that Michael was sitting in a new chair today.  It’s another small, but big step in the right direction.  It was good to see him really sitting upright and a sign of good things to come, I think.  He’ll be starting some physical and occupational therapies and these are all things that we can pray for tonight (technically today since I’m posting so late/early).

Please continue to pray for Michael.  And I have to give a huge thank you to those of you who took time to make and take pictures of your love and prayers for Michael.  I’m collecting them all together and would love to add more!  Again, you can tag me on Facebook so that I can get your picture, or feel free to email it to: lauraherr8@gmail.com. We would love to have a huge collection to share with Michael and to show him the many people who were committed to loving and praying for him during this time.  Thanks so much!