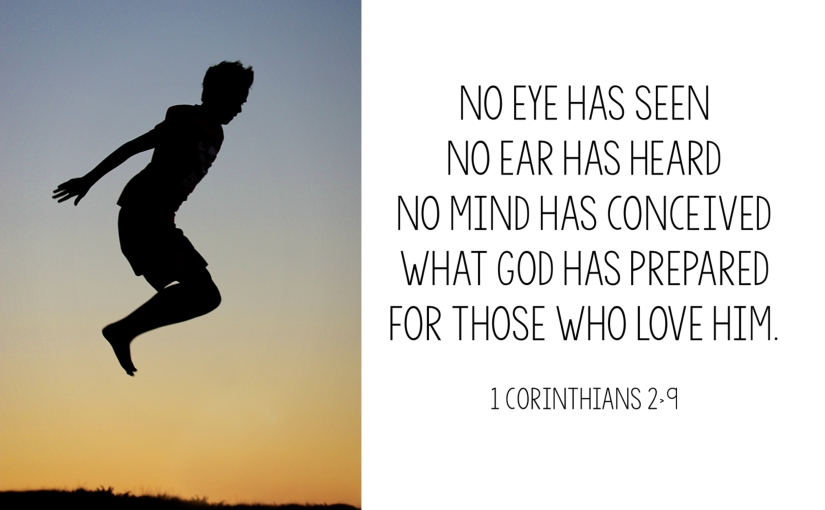 When Jeremy had meetings all morning, I realized I’d be going up to Stony Brook solo today.  I promised him that I would tell Michael hello for him, of course, and after doing a few things at home, hopped in the car to drive to the hospital.

After arriving at the hospital and driving around for about 10 minutes, I finally found a nice spot on the top of the parking garage.  It had a nice view of the hospital and since it was a relatively mild day, I didn’t mind the walk one bit. 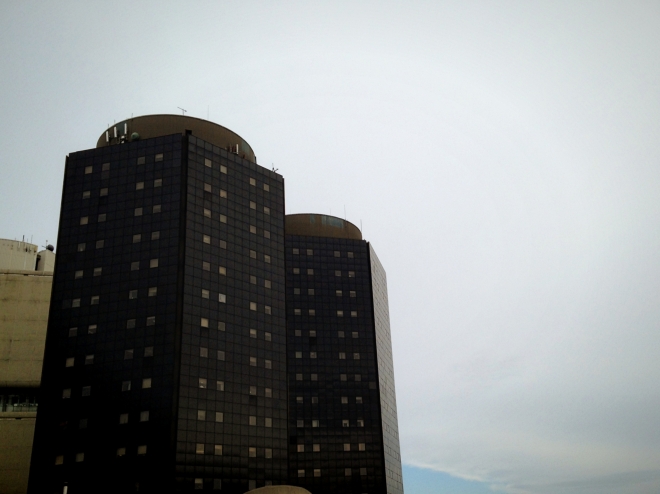 I met up with Sally in the waiting room.  Michael was having a few things done, so we sat and talked for awhile.  She shared her Bible study notes for the day and just the many ways that God was showing her great things throughout these past few weeks.  She had written a quick note awhile ago as she had the idea of 18 days quite strong on her mind.  Today, she realized that some really significant things had happened on Michael’s 18th day (yesterday) and we both thought that it was pretty awesome how God had worked.

While we waited, she also opened up a card that I had brought her from Jeremy’s mom.  In the card was the story of a 4 year old boy at her church whose teacher told her class about Michael and his accident.  The teacher encouraged the students to pray for Michael and this sweet little boy stood up and demanded that they pray right then.  It was a very sweet story and I could tell that it meant a lot to Sally.

Throughout these past days, I’ve seen her be so appreciative by everyone who is supporting and praying for Michael.  Yesterday we brought her a big envelope full of cards from a class of 7th graders from Center Moriches Middle School.  Later that morning, she came back into the waiting room with tears in her eyes.  At first we were concerned that she had gotten bad news, but she quickly told us that she had just started reading through the cards and was so touched by the kindness and compassion of the students who created them. 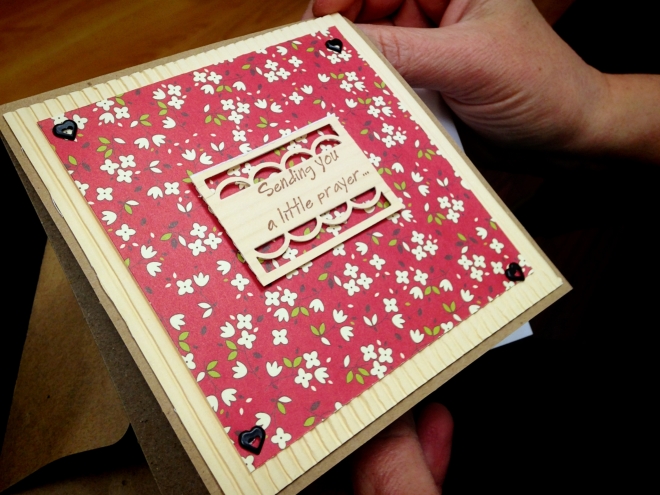 When Michael was ready, we got to walk into his room for a very special surprise.  Last night, Michael had opened his eyes for the first time since his accident.  Keeping in mind the fact that he is still under sedation, it was a very big moment.  His nurses were so excited and they’ve all affirmed that this is a great sign.

So when we walked in to see Michael, Sally leaned over to tell him that I was there and asked if he would open his eyes.  I quickly jumped in to tell Michael that of course he didn’t have to do that.  But in that moment, I looked over to see Michael opening his eyes and it was such a wonderful moment.  He would continue to open and close his eyes throughout my visit (at the end he actually kept them open for several minutes as I told him how much we all loved him and how we were praying for him) and also did it when his friend Steven came in to visit.  It’s Steven’s birthday today, and we both agreed that Michael had given him a pretty awesome birthday present.

Michael and Steven have been friends for quite a long time.  Steven goes to Bellport High School and has been very involved in both their plays and musicals.  And Michael, being the incredible friend that he is, made sure to be at every single one.  On the night before his accident, he was even making plans to come back from college to see Steven in his upcoming musical.  Knowing that they have such a great friendship, it was so awesome to see Michael be able to have such a great response at his friend’s visit.

On Friday, it will be three weeks since Michael’s accident.  I am so thankful for the great things that God has done in these past weeks.  I know that He has heard our prayers and just ask that we continue to pray for Him as he works for Michael and for his good.  Tonight, Sally shared that he still has a fever that needs prayers.  They did remove a few lines and hopefully that will help with all of that.  She also learned tonight that he would have a mini surgery tomorrow, to drain some fluid that the doctors noticed when he had x-rays taken.  It’s just something else that we can keep in prayer for tomorrow.

But overall, Michael has made some great progress.  His doctors and nurses are very excited by some of the things that are happening, and we pray that Michael will continue to head towards recovery and healing.

Thank you so much for checking in tonight and for keeping up with Michael’s updates.  Please continue to pray and ask that God would continue to do great things for our dear friend.

7 thoughts on “Has Prepared”