For the past two nights we’ve taken our boat out to the Bay.  We hadn’t used her much this Summer because the motor was running hot.  So last week, we took our boat to Gary Grunseich at Silly Lilly Fishing Station in East Moriches.  And in about two minutes he had diagnosed the problem being an old thermostat.  He took it out and we were good to go.  And I’m just saying.  If you have boat motor issues and you need a good guy, go see Gary.  Silly Lilly Fishing Station is awesome too.  They are a full service Marina and they do boat rentals and know all sorts of great things about fishing and boats and how to fix old motors. 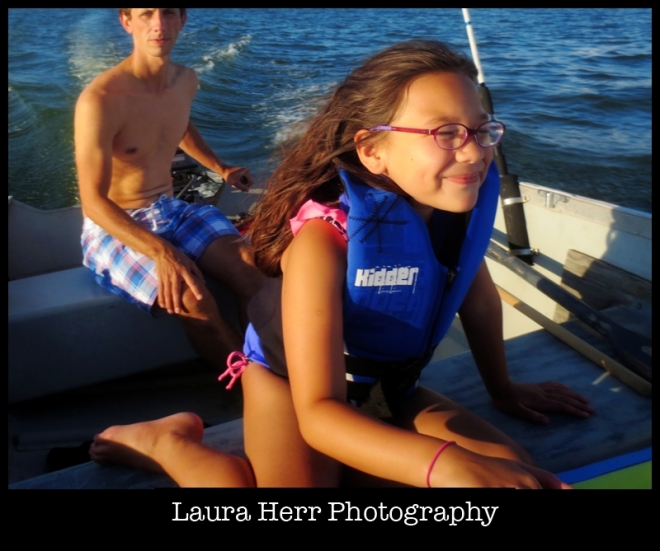 So anyhow, we took our boat out and we were so good to go.  Because our family is a big fan of boating.

We sailed through the Bay and over to the beach.

And Jeremy sat, with his head in the clouds.  Literally. 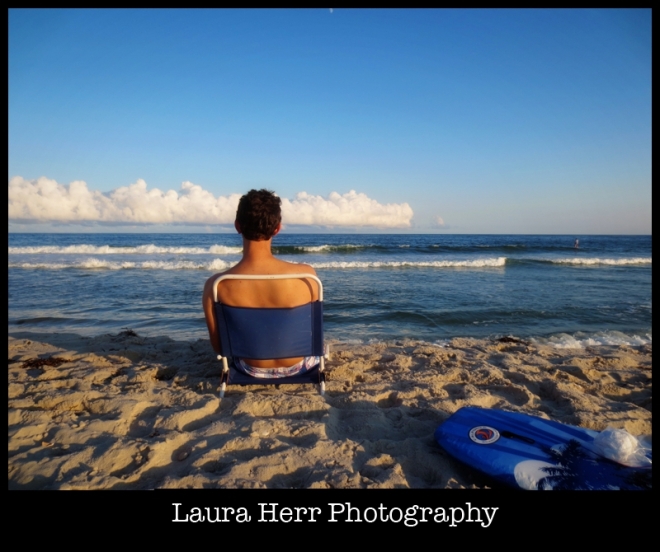 Then he up and went for a run down the beach.  Because we Herrs have all become runners this summer.  And beach running is awesome.

So awesome that when he got back, I went out for a quick run too. 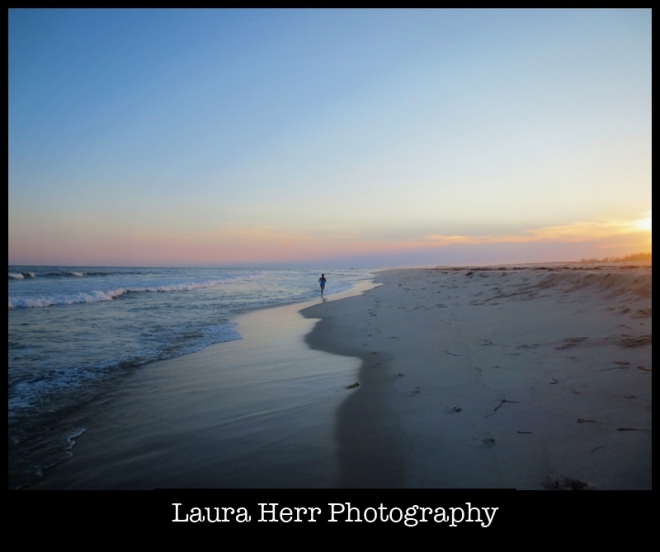 And then we swam and just took it all in.

Ellee put up a brave front against the crashing waves.  She won about three out of every four tries. 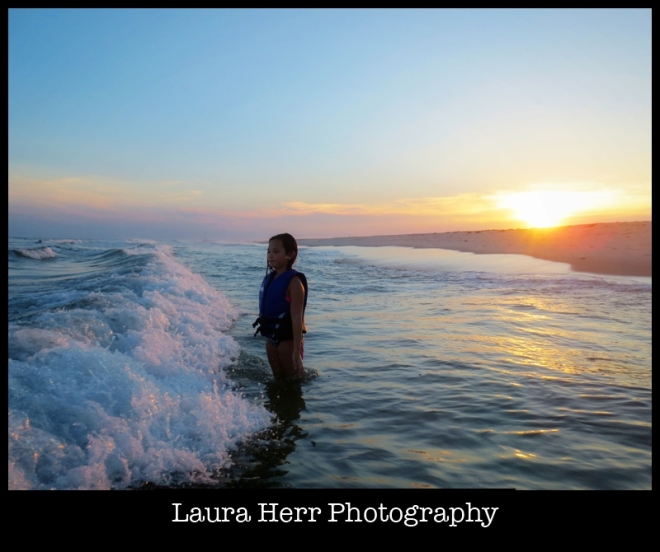 Christian’s adventure of the night was fishing.  It was all he talked about while we were swimming and he couldn’t wait to get to the Bay and cast a few.  Unfortunately, the green flies and gnats got the best of him.  So it was a bit of a short lived dream.  His end of summer goal is to catch a fish, so hopefully next time he’ll have better luck. 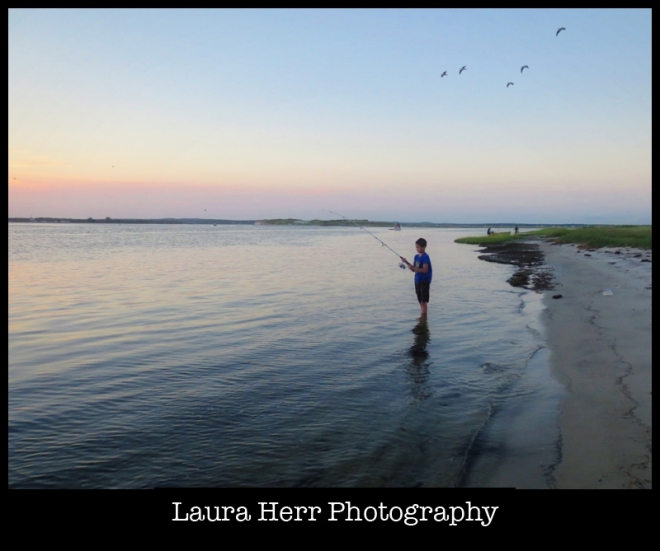 And there you have it.  If you are our friends or our neighbors, you know exactly what I’m writing about.  We are so incredibly blessed to live on Long Island and to enjoy this beautiful paradise.  And on hot summer nights and all throughout the year, I really wouldn’t rather be anywhere else.

One thought on “Some Sort of Paradise”