So, I’m a Youth Pastor’s wife.  It’s a job that I’ve embraced for the past eleven years and it’s one that I truly do love.  Once I asked Jeremy if he ever dreamed that someday he’d marry a Youth Pastor’s wife, because I’m funny like that.  Anyhow, being the Youth Pastor’s wife means that when fall kicks off, life gets busier.  Because every Thursday night, from 7:00pm-9:00pm we hang out with teenagers. 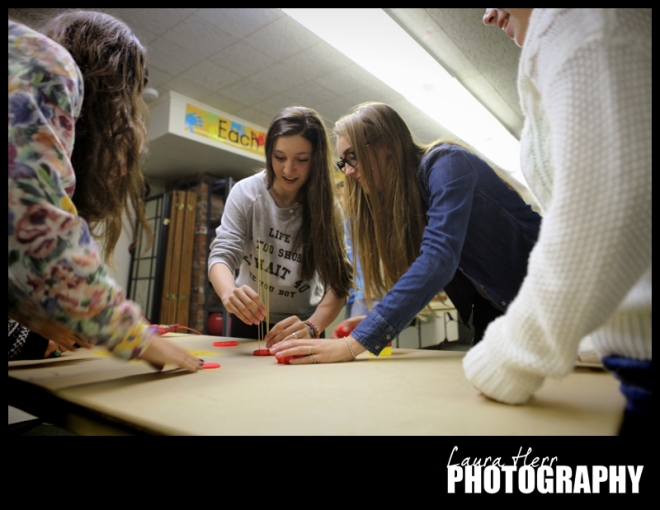 We did last night, when we had our first official EBCYG of the year.

We played a mixer game with Fruit Loops, and it was pretty entertaining.

The best part of the night, though, was seeing the faces of our amazing youth group kids. 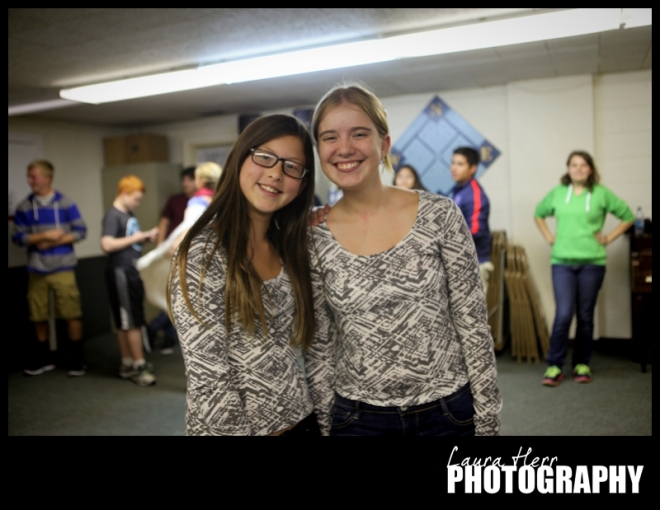 We played the infamous Snakes on a Plane game.

Because that’s how we roll.

And when we finished, we wrapped up game time with a little one ball dodge ball, which I didn’t get pictures of, because it’s pretty intense cramming 30 some kids in our church’s basement with the dodge ball flying.  I hung out in the Youth Room, with all the non-dodgeball players and we enjoyed chatting about the finer things in life.

Afterwards, we went upstairs for a little worship and then some introductions.  It’s funny and exciting to think that we are entering our twelfth year at Eastport Bible Church. And while many things have stayed the same, many things have changed too, most importantly, our students.  And we have such excitement to keep loving them, year after year and showing them how much God loves them and I know that I’m definitely looking forward to an amazing year of youth group.

Then, today, this happened, in the afternoon, in our church’s parking lot. 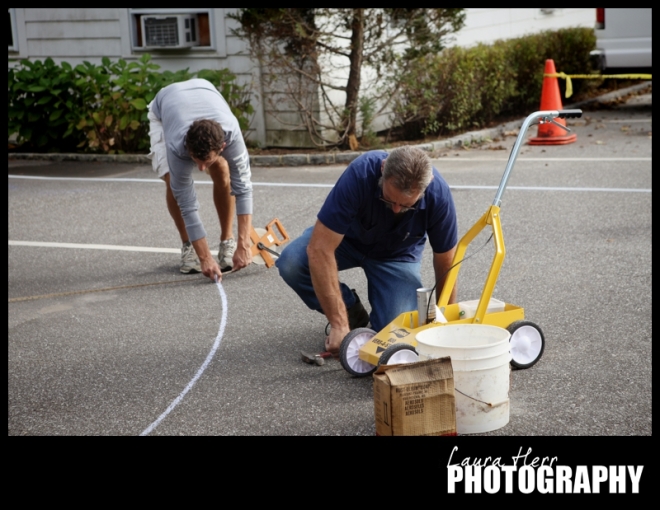 Granted, and most importantly though, is having a man like Mark Northrup at your church.  He’s the kind of man that makes things happen.  He’s quiet, and behind the scenes, but I’ve learned over the years that this man is a practical genius.  And he has an incredible heart and we are so thankful for all of the times that he’s helped to make things happen.  He not only installed our new basketball hoops, he also took time today to officially paint all of the court lines. 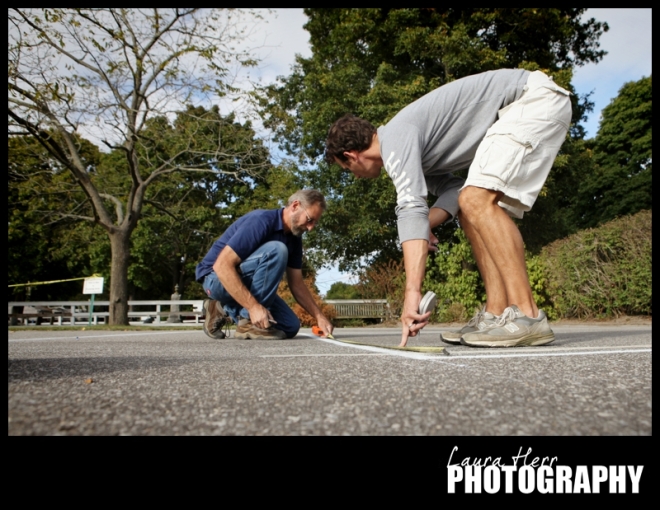 And he did is so that this could happen.  “This” being Midnight Thunderball, our official first First and Third Night.  We do activities every first and third Friday of the month and tonight’s started off strong.  We had about 45 students come out to play the world’s greatest made up game and it was a great night.

The competition was strong and intense at times, but it was awesome. 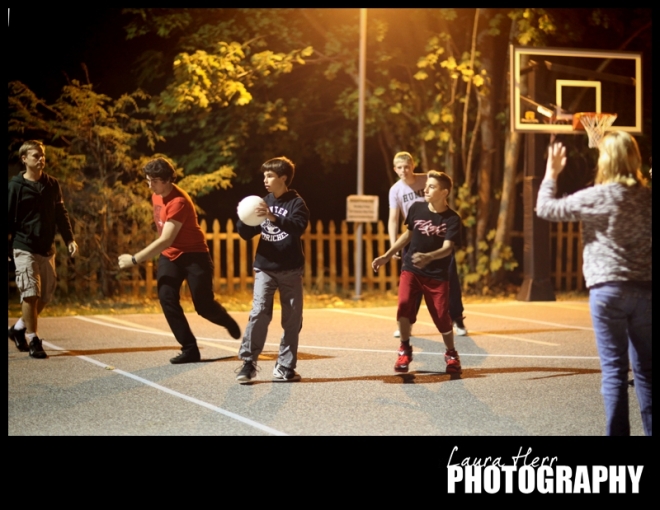 We also had a few moments of just hanging out and enjoying spending time together. 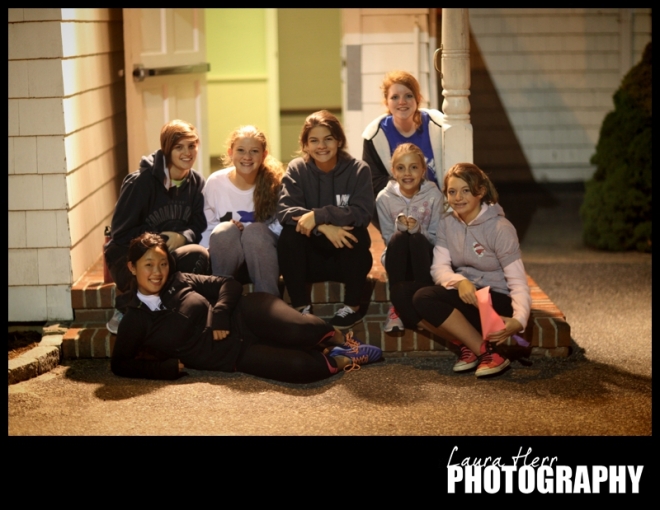 And bless her heart, Ellee kept herself happy and entertained for the two hours, by watching the 90 Kids and Counting.  Last time I told her that it wasn’t technically named 90 kids, she said, “Oh.  I mean NINETY One kids and counting.”  Which is what you would get, if you flipped the 19 around and what it may seem at times when you watch the show. 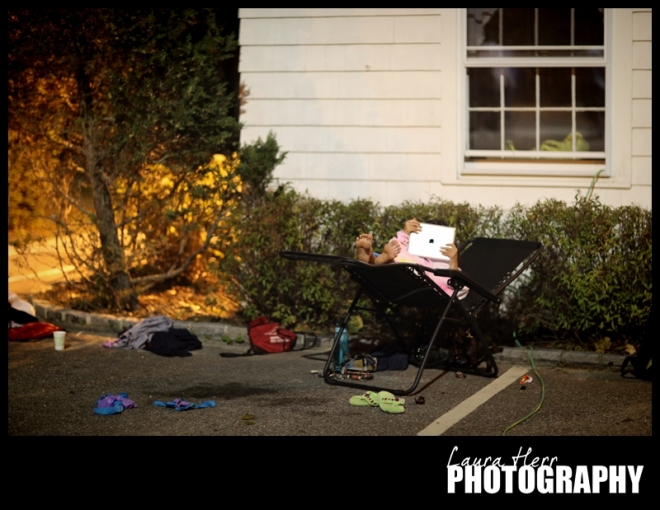 And while she watched, we played.  Save one slightly sprained ankle, thankfully no one got hurt, which is pretty impressive when you get so many athletic an amazing kids together for a midnight game of anything. 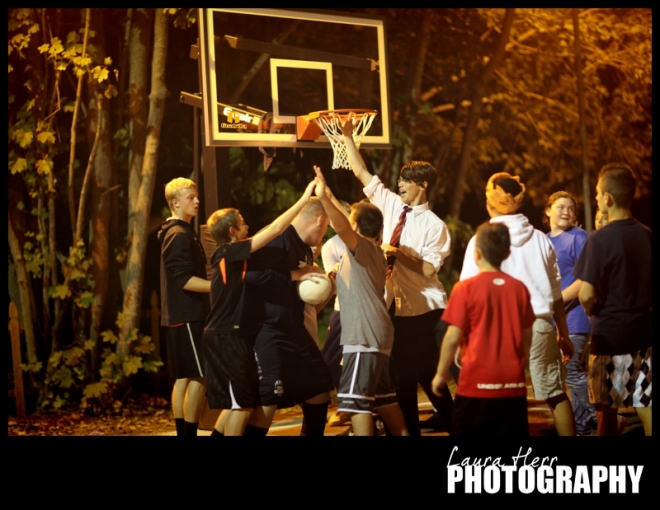 A huge thanks to everyone who joined us for Midnight Thunderball. 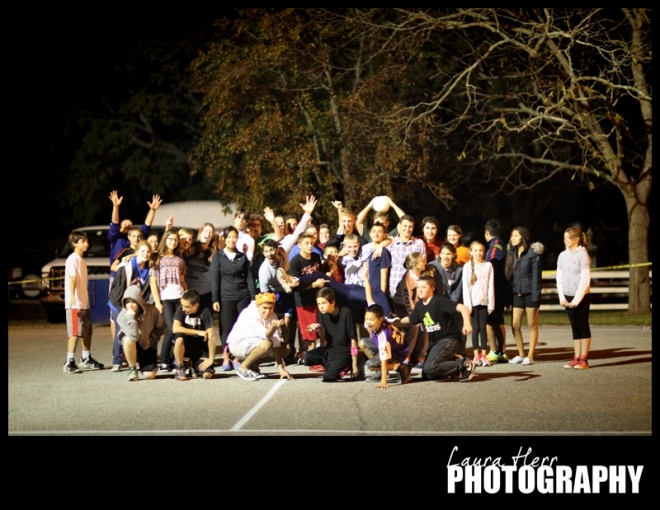 And a big congrats to this team, who won it all.  Photo credit goes to Steve-O’s phone and whomever took this amazing shot. 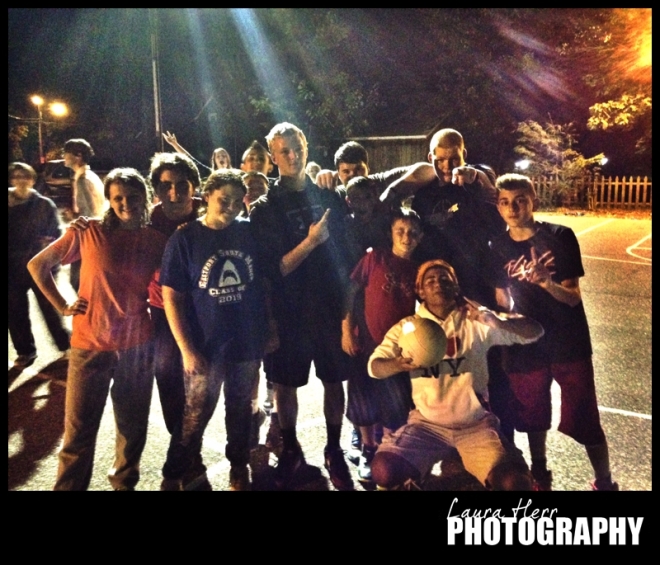