“Mom, I can’t see the board as well,” he told me.  So a few days ago, we made an eye appointment where the doctor confirmed that indeed, our son was in need of glasses.  Thankfully, he was excited.  And enjoyed trying on a variety of different styles until he found the perfect ones. 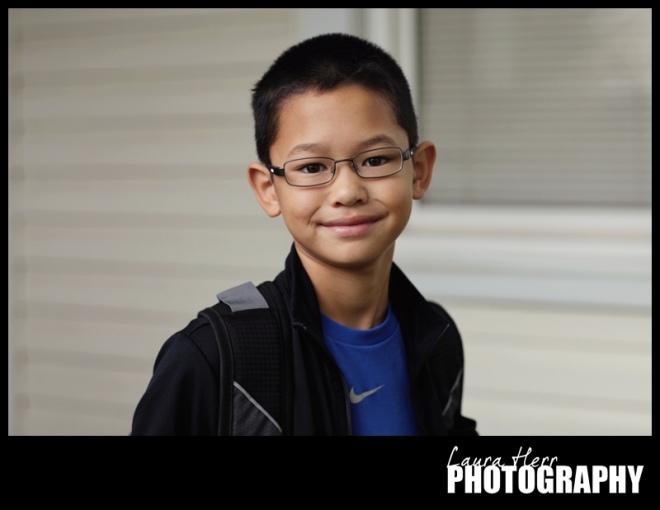 I asked him if he was nervous about wearing them to school for the first time.  “No,” he replied,” It’s fine.  And my friends have my back.”  And I had to laugh at that one.  And we talked that if someone did say something mean about his glasses, that that was their problem and not his.  Because we’ve been working to teach our children this.  That they are responsible for their actions and words and that they can’t control the actions and words of others.  But they can control how they let it affect them. 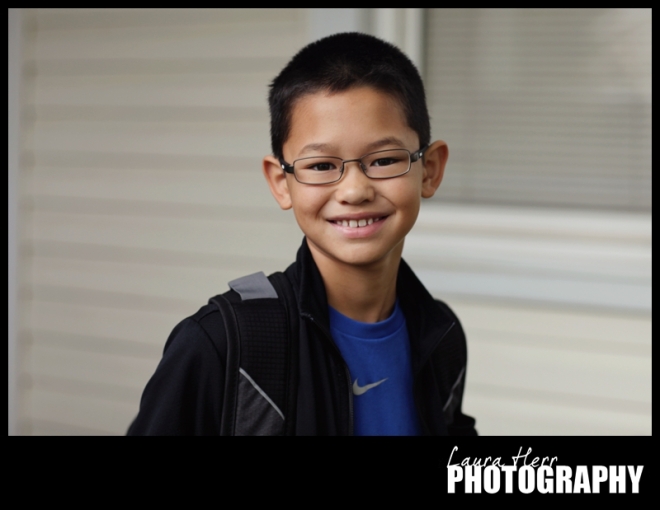 It was funny to watch him realize that he could now see the world so much more clearly.  And a little sad for me to think that my poor son was living in a slightly blurrier version of life.  I was happy that he was able to have new perspective.  And he was as well.

And I did tell them that if he wanted, in a few years, he could probably just get contacts.  He told me he was happy with his glasses, so we’ll see.  Oh, these funny changes we’re going through with our kids.  I have to admit that I’m loving this stage, even though it’s weird, it’s also wonderful much of the time.

We took these pictures this morning, and right afterwards, he walked over to school.  He brought his new glasses case, which he was super proud of because it’s cool (well done to the glasses case inventors for making a cool kids case).  He thought he might need it if he had gym today, but was mostly excited to show it off.  I pray that our son will continue to grow in confidence as he gets older and that he will continue to be amazing in all that he does.