Waking up this morning in Rome and realizing it was September 11th, was a bit different. Living in New York for the past eleven years has drawn us even closer to the sadness of that event. My thoughts and prayers were with those who were affected by this unforgettable and tragic day.

I’m just getting ready for bed, but thought that I would share some more about our first full day here. So here goes.

Looking back, after seeing the Colleseum, the rest of our three hour tour included sightseeing at many of the ancient ruins in the area. It was fun to see old things that were new to us. 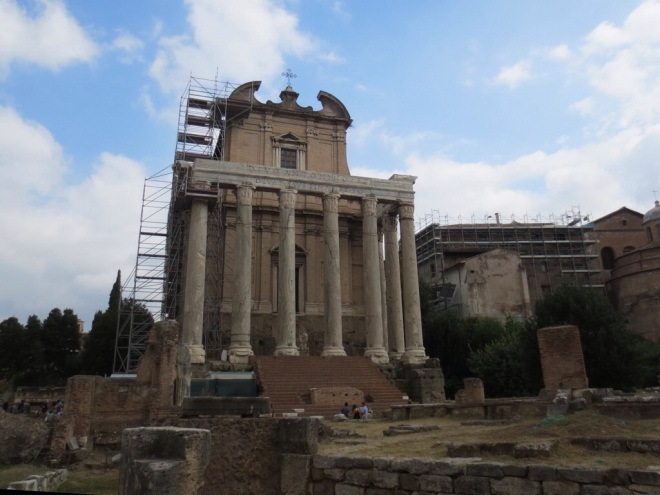 Our tour guide told us all kinds of wonderful things about the area but it was hard to remember everything while just taking in the beauty that was all around us. So I half listened and half captured my own experience through the lens of my little camera.

My favorite part of the tour was walking through the Palatine, and the Domis Augustana or house of Caesar Augustus. The ruins in this area were massive and it was so fun to imagine what it must have looked liked in its glory days. For instance, this fountain would have been glorious.

The last time we were in Rome, we were on a tight schedule. We drove by the ruins, but were not able to stop and see them. Getting to see them this time, was absolutely amazing. We really enjoyed our guided tour and walking around Ancient Rome.

By the end of our tour, it was early afternoon and we set out to take in as much of Rome as possible. I made a few observations as we walked along.

First off, Rome has the coolest hybrid pine/regular trees. They look like this: 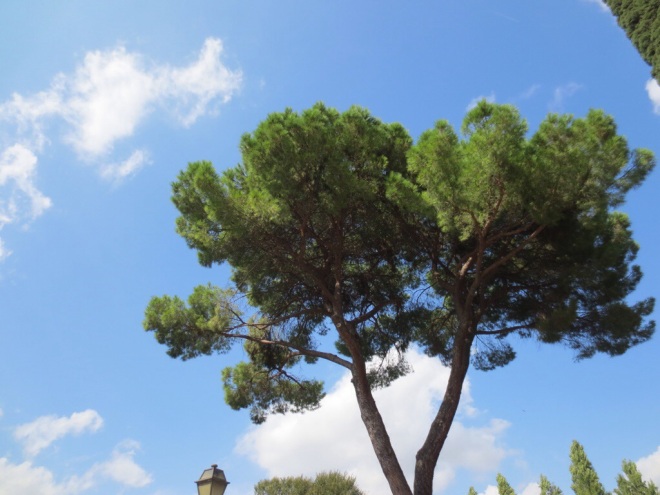 Second, in my opinion, any Pope that endorses football must be cool, right?

And third, when you miss someone, you can find them wherever you are. I found Christian’s name on this statue, and it brought a smile to my heart. 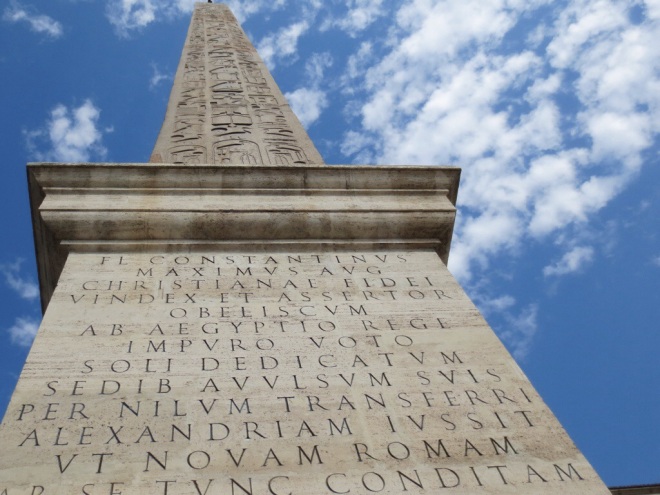 After wandering around for a bit, we came upon some pretty incredible churches. One was absolutely amazing. But because I was wearing “short pants” I had to buy a scarf and fashion it into a longer skirt to get in. Many of the bigger Catholic Churches have a dress code and if you’re wearing short pants or your shoulders are showing, you are not allowed to enter.

It was well worth it, because inside they had the most breathtaking sculptures I’ve ever seen. It’s hard to imagine that someone could sculpt such life and movement. 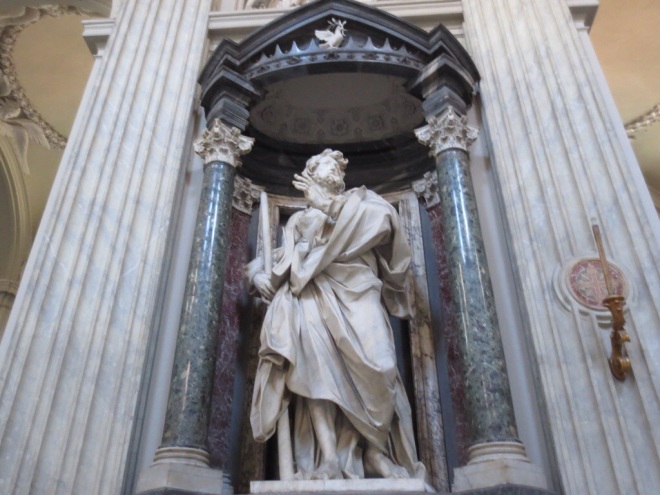 We also visited a few more incredible churches. While at the Santa Scala we saw the series of actual marble steps that Jesus walked on when in Pontius Pilate’s palace in Jerusalem. They are revered as so holy, people have to crawl up on their knees in reverence. 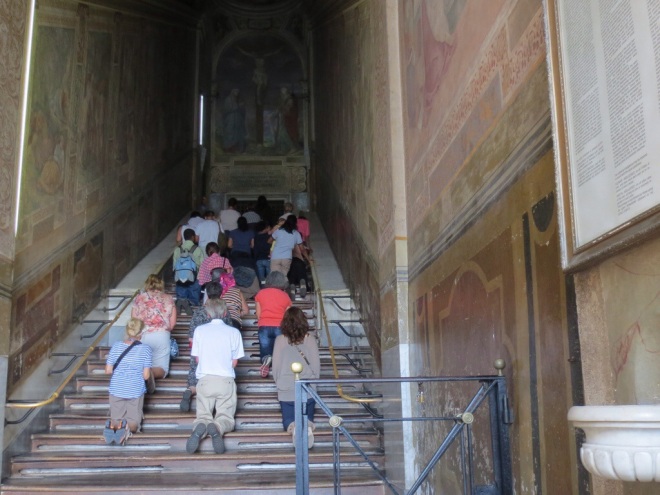 And underneath it, was another church that was from the 4th century.

And finally, under that was the home of a nobleman whose home briefly served as a 1st century church. Sorry that the picture is so plain, there wasn’t much to see at the very bottom level, but there was a cool spring down there, so that made up for it, I suppose. 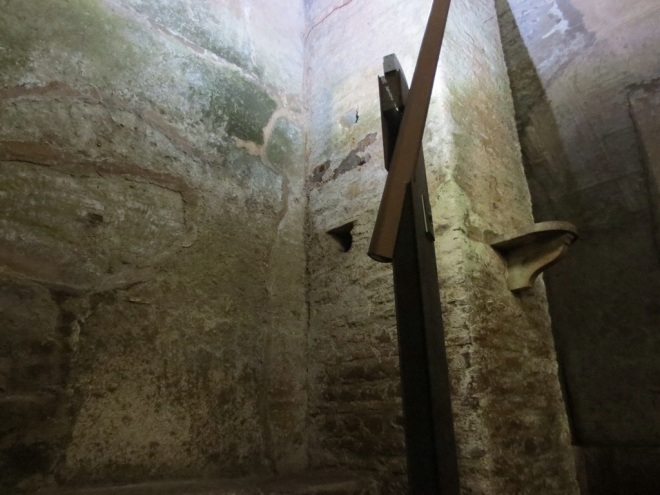 After our travels, we sat down to enjoy a sandwich and a nice cold Coke on this cool bridge. I have to say, Rome is pretty amazing and we’ve been loving and filling every minute. 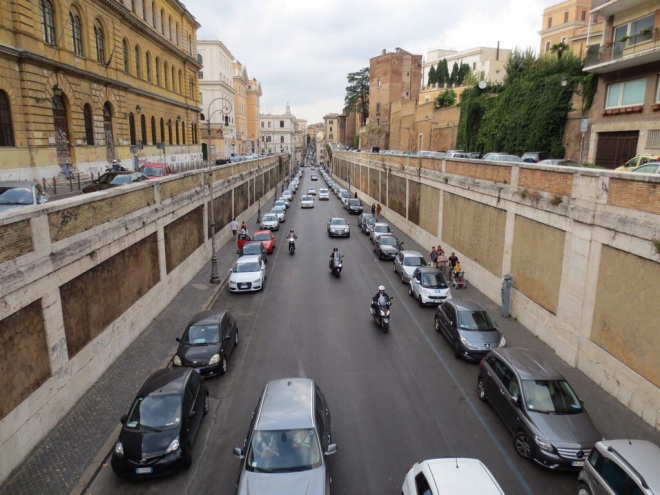