We’ve just returned from a good twelve hours of walking and touring Rome. And even though it feels like we walked 500 miles, thanks to Jeremy’s fitbit, we calculated that we walked 13.2 miles. My feet have blisters and I’m covered in sweat and city grime, both ancient and non ancient. But it was the most incredible day, and I would do it again tomorrow. And probably will.

We spent the morning touring the Colosseum and Ancient Rome, but to be concise, I thought I would just share about the Colosseum, and share the other adventures for later. 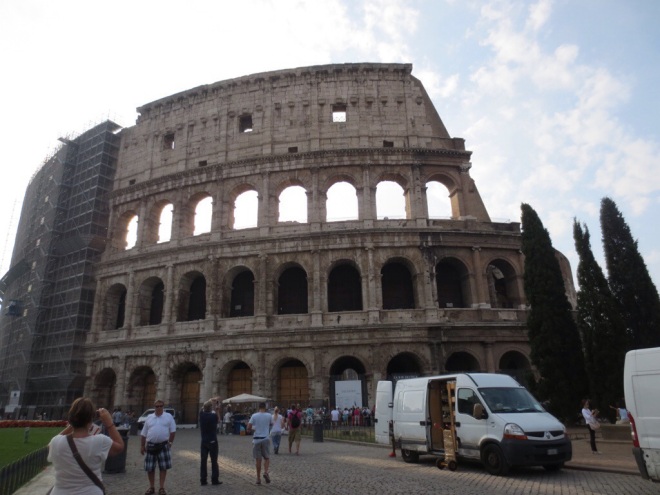 We got up bright and early after a great night’s sleep. Thankfully, we’ve mostly both adjusted to the six hour time change quite easily. We grabbed a few croissants and walked our way over to the Colosseum. It was looking pretty magnificent this morning. 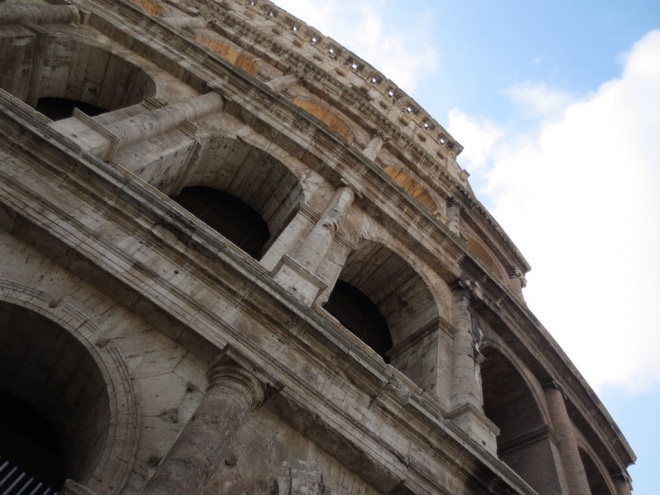 Prior to our trip, Jeremy booked a tour for us. It was the best way to skip the lines and get to learn some interesting things about the Colosseum. When we finally walked in, I was blown away. It was a historical, and beautiful and emotional moment. And I personally loved seeing this beautiful cross, greeting us as we walked in. 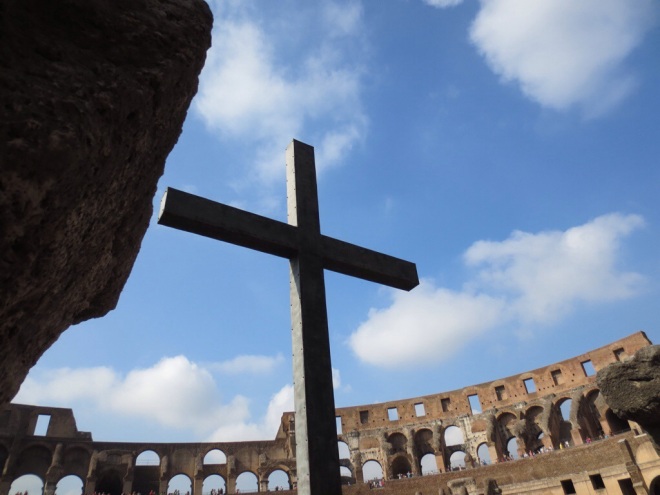 The inside of the Colosseum looked like this. And as the tour guide shared it’s history, I did my best to picture what it would have looked like in all it’s Roman Glory. It was quite impressive, to say the least. 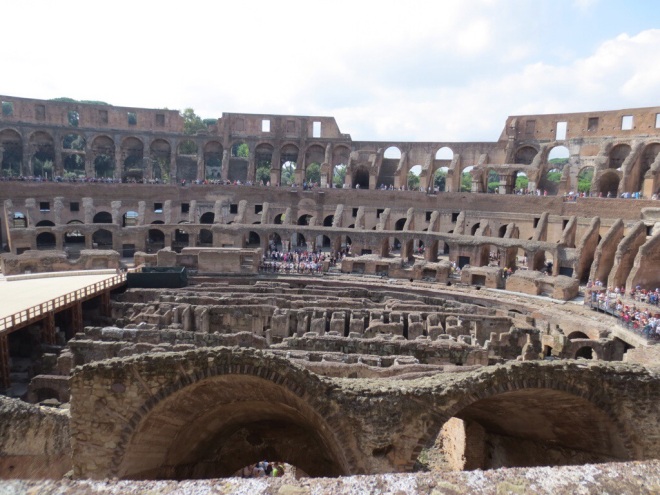 Oh, and I feel the need to let people know, that when we travel, this guy is the one taking all of the pictures. I don’t bring my big camera because carrying it around would be crazy and just have a clever little Cannon point and shoot that does perfectly in capturing memories with no stress. This guy, however, is amazing with taking all sorts of beautiful images and I love that we can share a passion for photography. 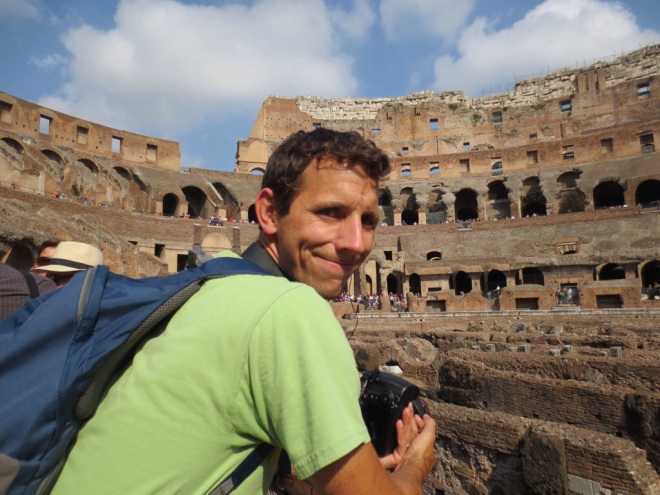 Moving on, as we walked around the Colosseum, and we saw all of the bricks and marble that was used to build it, I couldn’t help but wonder whose hands created such a beautiful structure.  They say it took about eight years to build and that in its glory days, it was absolutely magnificent. 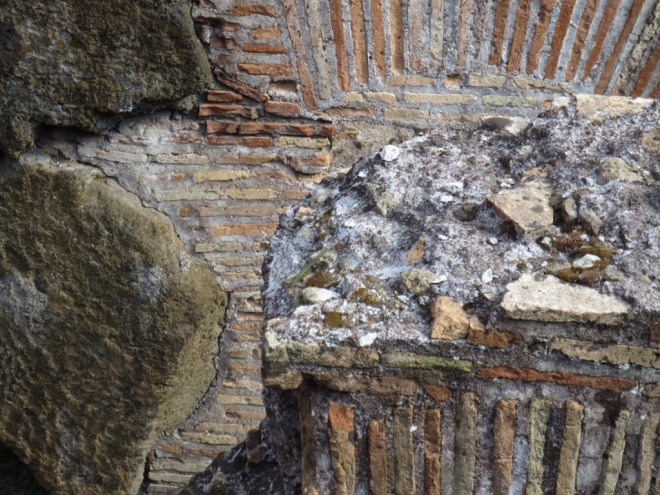 Unfortunately, it was also a source of great loss and sadness.  In the name of entertainment, many, many lives were lost at the Colloseum. There was one festival of games where 5,000 men and animals were killed.  I can’t even imagine.  It was humbling to consider this part of the Colloseum.  In its later years though, it was turned into a Catholic Church and I thought that was pretty interesting and a cool fact to learn. 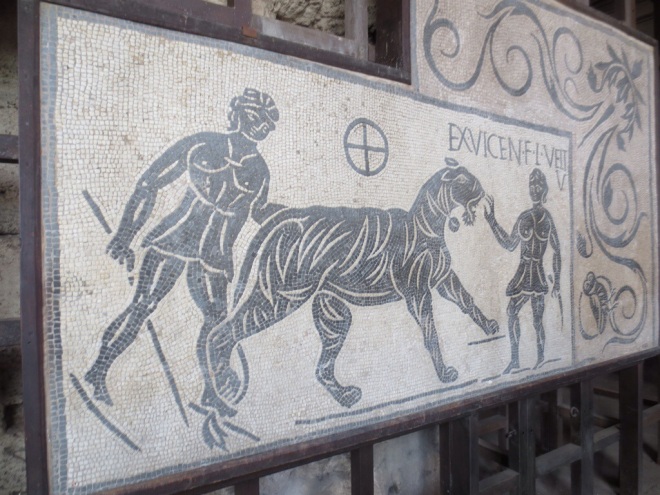 All in all, it was an incredible experience to be able to walk through and tour the Colloseum. Afterwards, we headed over to the ancient ruins and I’ll definitely write more about them later. Thanks for stopping by to read, it’s so fun to be able to share our journey. 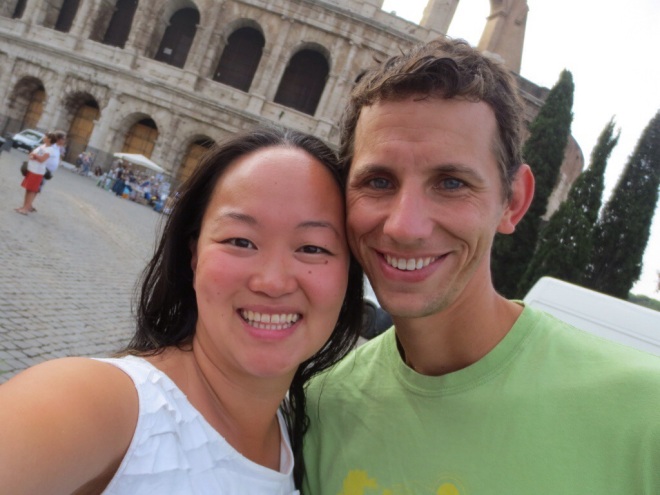